Natural refrigerants will be an effective alternative to hydrochlorofluorocarbons. 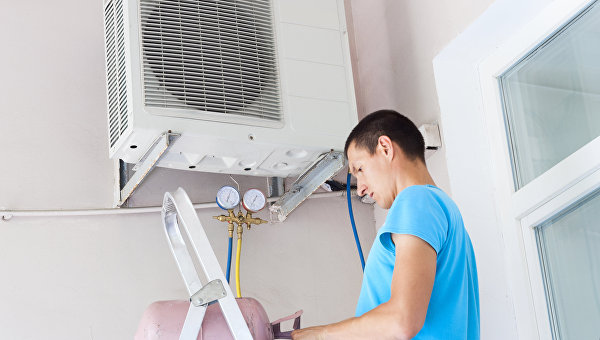 MOSCOW, 27 Jan./strong>. Natural refrigerants will be an effective alternative to hydrochlorofluorocarbons — ozone depleting substances that were widely used in the production of various refrigeration and climatic equipment, experts believe the refrigeration industry, took part in the round table in MIA “Russia today”.

“Currently, the development trend was the use in the refrigeration sector of natural gases with low global warming potential. In addition, in Russia it is necessary to consider the introduction of the law on the regulation of fluorinated greenhouse gases. However, we are opposed to bans on use of HFCs in Russia, — said the Chairman of the Board of Russian Union of refrigeration industry enterprises Yury Dubrovin.

In 2015 in Russia 90% reduced consumption of ozone-depleting substances. By 2020, the use of such substances should be reduced 99.5%, and by 2030 to completely stop. Under the ban got the refrigerant R-22, which were widely used in refrigeration and air conditioners.

Head of division protection of the ozone layer and climate Ministry of Russia Maria Volosatova reminded that the law, released in 2013, including the envisaged administrative liability for non-compliance in the field of treatment of ozone-depleting substances.

“At the moment the residual consumption of hydrochlorofluorocarbons preserved. They are still used in the climate and refrigeration equipment, foaming and heat insulation, in the manufacture of sandwich panels, pre-insulated pipes, as solvents”, — said the expert on international law in the field of ozone layer protection and climate Vasily Tselikov.

The head of the Russian Union of refrigeration industry enterprises added that for the first time in the international exhibition “World of climate — 2016” in Moscow on 2 March will be held the forum “the Refrigeration industry: state, problems and ways of their solution”, which will be discussed, including the use of natural refrigerants.

During the round table the head of the company “Island” Evgeny Urazov presented company technology, in which the refrigerant charge is reduced in 7-10 times compared to traditional systems that use natural refrigerants, have the opportunity to return to 100% of the heat for reuse. The technology has already been tested in a supermarket in Lipetsk, the company plans to export its equipment to the European market, said Urazov.

In turn, the technical Director of the company “Nord” Igor’s Finger as an example of the use of natural refrigerants has led a demonstration project refrigeration systems using carbon dioxide, created on the basis of the company’s production facilities. “Stand showed the refrigeration systems work on real commercial equipment. Carbon dioxide can be effectively used in Russia in commercial applications and in 3-18% reduction in power consumption compared to systems using HCFCs and HFCs,” said he.