Russian President Vladimir Putin said Yuri Trutnev quote “I bared biceps inadvertently, even made to be sure the jacket” from the songs of Vladimir Vysotsky. 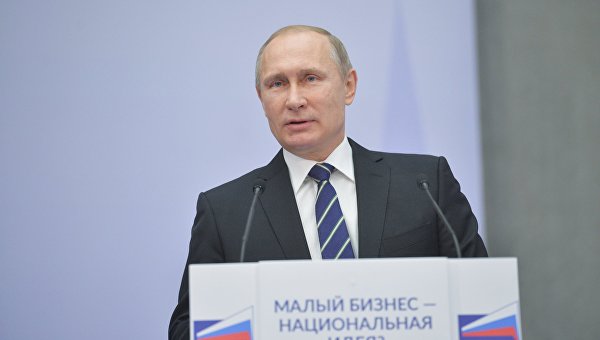 MOSCOW, 27 Jan. The President of Russia Vladimir Putin in response to the story of Deputy Prime Minister Yuri Trutnev about the “attacks” on him by the NATO Secretary General and the President of Ukraine in Davos advised to be “careful” and quoted a song of Vladimir Vysotsky.

At the meeting of the President with members of the government Deputy Prime Minister, reporting on his trip to the world economic forum in Davos last week, spoke about “hard attacks” by NATO Secretary General Jens Stoltenberg and the President of Ukraine Petro Poroshenko. According to Trutnev, in response, he outlined the opinion of Russian citizens about the situation in Ukraine.

“I bared biceps inadvertently, even made loyalty to the jacket. This Vysotsky not about you singing?” Putin said with a smile and asked: “gently, please”.

Trutnev, like Putin, is fond of martial arts; he holds 5th Dan Kyokushin, is a member of the Presidium of the Supreme Council of the Russian Union of martial arts.