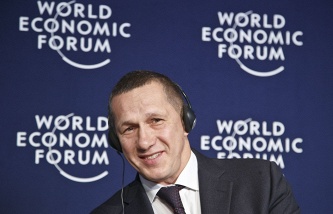 Russia showed the West turn to the East in Davos

“I bared biceps inadvertently, even made to be sure the jacket…” That Vysotsky is not about you singing?” – asked the head of state’s opinion, after hearing the report of the Deputy Prime Minister on the talks in Davos on Russia’s relations with European partners.

Reciting the words from the song of Vladimir Vysotsky “Honor of the chess crown”. Her character is inexperienced in the game of chess, but which “…each factory taught the moves are dealt…”, tells about his encounter with the world renowned grandmaster Robert Fischer. In the final instalment he expected declared Shah, and he resorted to those measures and recalled Putin. As a result, as stated in the piece, “boasted the notorious Fisher immediately agreed on a draw”.

Putin is known for his love of judo. Trutnev is the holder of black belt in karate.

At the meeting Trutnev has informed Putin about his talks in Davos on the issues of interaction of Russia and European countries, including on the issue of sanctions, the situation on world oil markets and supporting companies wishing to invest in the Russian economy.

Was a number of meetings with colleagues from European governments; the first question was that their economy was suffering losses from the sanctions taken against Russia, they consider it necessary to organize the work by ensuring that these sanctions were rather completed

In addition, according to Vice-Premier, he had to defend the Russian position in the Ukrainian crisis, answering “pretty hard hit”, particularly by NATO Secretary General Jens Stoltenberg and the President of Ukraine Petro Poroshenko.

Yury Trutnev: democracy ends at the point of decision making