YEKATERINBURG, January 27. The decrease in the number of CMTPL insurance contracts 2.7 mn in 2015 could be explained by the fall of personal incomes of the population and the refusal of citizens to use their cars in winter. Such opinion in interview was stated by first Deputy Chairman of Bank of Russia Sergey Shvetsov. 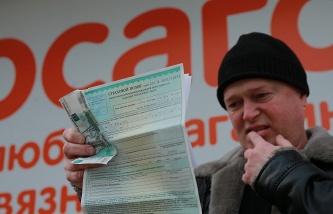 The Chairman of the Central Bank: the Bank of Russia does not see prospects for increasing the rate of CTP in 2016

“Several reasons: the potential decline in the number of vehicles in the winter. Perhaps many refused to use the car due to falling personal incomes. The second factor is the introduction of new price levels, the availability of this product for part of the population decreased, people can’t afford to buy a CTP,” – said Shvetsov.

At the same time the first Deputy Chairman of the CBR said that he considers wrong, when personal vehicles are used without the CTP.

Shvetsov added that the Bank of Russia develops a series of measures to control the availability of insurance policies from motorists. In particular, will be used DVRs, including at gas stations, which will record uninsured car owners.

“The Registrar will check with the database, the presence or absence of CTP, will be issued fines, and the frequency of such penalties will be dramatically greater than the frequency of physical verification of the policy the traffic police when the vehicle is stationary. Of course, the population will have to improve their discipline”, – said Shvetsov. 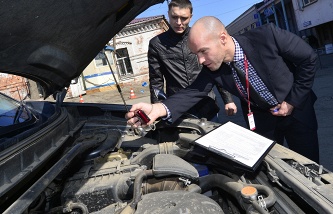 As previously reported, the insurance companies of the Russian Federation in 2015 was concluded to 39.8 million contracts OSAGO, 2.7 million fewer than a year earlier. With fees of CTP insurers for 2015 has increased by 46% year-on-year and amounted 220,2 billion (the dynamics of fees has provided the latest increase tariffs by 40-60%).

Payments for insurance claims increased by 37% and amounted to 121,9 billion. The average premium for CTP in the reporting period increased by 2000 rubles to 5530 rubles, while a year earlier this indicator was equal to 3530 rubles, said the Russian Union of insurers.

In December 2015 the rate of decline in sales of policies slowed to 2% compared with December 2014.