Approved a list of instructions to implement the President’s address. The results will be announced on a quarterly basis, said the speaker of the Federation Council Valentina Matvienko, opening the spring session. 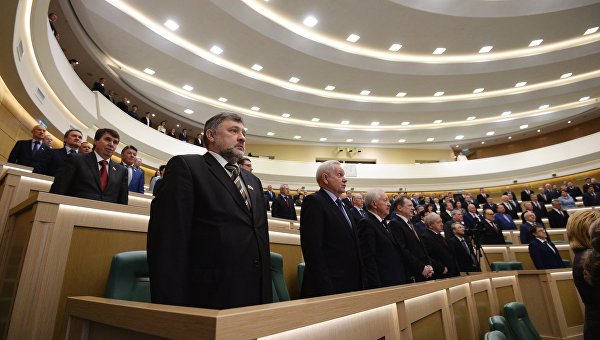 More than 50 initiatives envisaged in the plan of legislative activities of the government.

“We have approved a list of instructions to implement the President’s address. In fact it is the program of concrete actions of the Council of Federation for a year. We agreed on a quarterly basis summarizing the results”, — said the Senator.

Parliamentarians should seriously engage and address issues related to collection activities, said Matvienko. “In the end, the house was forced to take in “emergency” mode, the law aimed at protecting a criminal from knocking out debt in the Crimea and Sevastopol. At the same time it was decided to revise it to today’s meeting”, — said the speaker.

But the problem that will be solved in the Crimea and Sevastopol, does not remove from the agenda the necessity of adopting a special law on collection activity, she said.

“Today this business has actually turned into a criminal. Increasingly we hear about the absolutely egregious cases knocking out debt. Given that the amount of overdue debt on loans grows, the tangle of problems in this area will grow like a snowball”, — said Matvienko.

She suggested that the senators jointly with the State Duma, the government should consolidate its efforts and to adopt a modern, comprehensive law on sewers.