Murmansk region Governor Marina Kovtun, according to the research of Fund of development of civil society, has climbed 13 positions in the ranking of the effectiveness of Russian governors by the end of 2015. 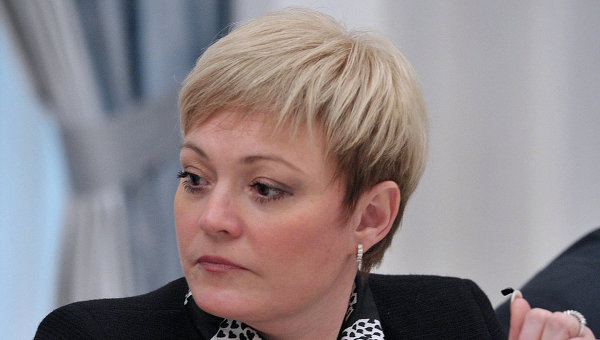 MURMANSK, 27 Dec –. Murmansk region Governor Marina Kovtun said that the past year was challenging for the region, however, has not only retained its position but also to increase the pace of industrial production, which affected the increase of the personal efficiency rating.

According to the research of Fund of development of civil society, Kovtun has climbed 13 positions in the ranking of the effectiveness of Russian governors by the end of 2015.

“2015 was difficult for the country in General and our region in particular. No matter what, the Murmansk region managed not only to maintain the previously achieved position, but in some areas even to take a step forward,” said Kovtun.

She said that in the Murmansk region the growth of index of industrial production for the year amounted to about 7%. Significantly increased the volume of production in manufacturing industry – mainly due to the metallurgy. In excess of the amounts worked extractive industry. Consistently – energy and fishery company.

Good results, according to the Governor, has been achieved through active work with Federal authorities and local self-government, with the enterprises of the region.

“I don’t want to say that we have no problems, but we see them and gradually solved. In the social sphere, as in the implementation “may” decrees of the President of Russia, we have achieved the 2015 targets”, — said Kovtun, noting that he appreciated the confidence of the people of the region.