The Governor of Leningrad region Alexander Drozdenko showed an increase of 16 points in the efficiency rating of Russian governors, taking second place. 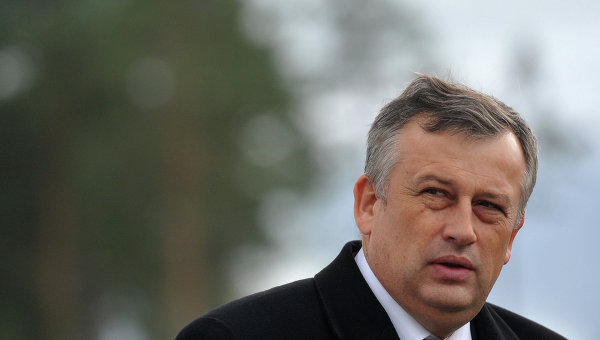 St. PETERSBURG, 27 Jan –. The Governor of Leningrad region Alexander Drozdenko has declared to journalists that to improve its position in the ranking of effectiveness was influenced by the good organization of elections, economic stability of the region and well-coordinated work of the government.

The head of Leningrad region has grown by 16 points in the efficiency rating of Russian governors, taking second place. The data contained examination for the year 2015 submitted by the Foundation for civil society development. On the same 16 rows up Drozdenko moved and by the end of 2014.

“The position is quite good, given the fact that there was a really serious increase in the ranking. I see this for several reasons. Probably, the main one is a well-conducted election of the Governor of the region, with good credibility. The elections were held peacefully, without any conflict. Their result shows that today the Governor supports the majority of the population of the Leningrad region”, — said Drozdenko.

He then mentioned the successful work on the budget. “We live in a time of severe economic turbulence, and the rating of the Governor depends on how the subject can withstand the economic blow. Leningrad region finished the year with a budget surplus, the surplus is equal to more than 10 billion rubles. We confidently look to the future,” the Governor said.

A third reason for the rating growth he cited the stable economic condition of the region. “Here we’re looking good, we have one of the most serious indicators. We are the leaders of the Russian Federation on growth of agriculture, growth of volumes of building, and we managed to keep the index of industrial production. But if we talk about the gross regional product, we have reached record levels. He for the first time exceeded 800 billion rubles. Also, I think the rating was influenced by and stable operation of the government,” said Drozdenko.