TOKYO, January 27. /Corr. Kirill Agafonov/. Japanese Toyota Motor Corporation by the end of 2015 once again became the world leader by quantity of the sold cars. 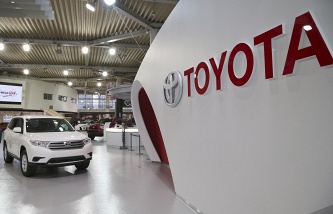 As stated in the published statistics of the company over the past year the Japanese auto giant managed to realize 10 million 151 thousand cars. Thus, according to the Agency Kyodo, leadership in the global automotive industry remains with Toyota for the fourth year in a row.

In the first half of 2015 Toyota battled for first place with its main rival – the Volkswagen group, the results of which the German company was able for the first time in history to secure a lead in the number of sales. However, after the beginning of the so-called diesel sale Volkswagen scandal went down. In October, Toyota has once again regained the lead.

The statistics of Toyota also included the sale of two affiliated automotive companies Hino Motors and Daihatsu Motor. In 2015 it sold is 0.8% less cars than the year before, but this has not stopped the Japanese company to hold the first place. According to preliminary data, Volkswagen by the end of 2015 sold 9 million 930 thousand cars, and on the third place came General Motors with 9 million 840 thousand cars.