MOSCOW, January 27. Saudi Arabia initiated discussions of a possible decline in oil production, it is planned within the framework of OPEC in the nearest future, informed the journalists the head of “Transneft” Nikolay Tokarev. 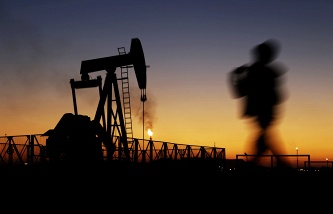 The head of OPEC: oil producers should help to restrain the fall of prices

“Saudi Arabia initiated, planned discussion, including members of OPEC,” he said following the meeting of the heads of the oil companies and the Ministry of energy of the Russian Federation.

Tokarev noted that the meeting was very constructive, was announced a lot of useful ideas.

“In particular, there was a conversation about the price of oil, what measures we should collectively accept that the situation will change for the better, including the negotiations in the composition of OPEC in General and bilateral variations. The initiative show Saudi partners, they are the main negotiators,” he said, adding that the decline might adjust the market.

Transneft and oil companies in the summer I plan to adjust the schedule of exports by 2016, said Tokarev.

“We discussed the topic of exporting, we have already said that at the request of companies, we plan a reduction of approximately 6%. We agreed that the summer schedule will adjust, because in may-June, the company will clarify its plans for production,” he said.

Tokarev did not predict which side will be the adjustment. He explained that the current decrease in applications from businesses for export via the Transneft system due to some redistribution between pipelines and rail. “In General, the level of production was discussed, the situation remains”, – said Tokarev.

The statement of the Secretary General of OPEC

Correa: the fall in oil prices is a tool of geopolitics, directed against some countries

The MAYOR: the increase in oil demand in 2016 will not have a significant impact on the market

According to him, in the future crashing in the petroleum industry will occur as long as countries inside and outside OPEC will not cooperate. “It is vital that all the major manufacturers discussed the solution to this problem. World markets are interested in the volume of oil dropped to levels that will allow you to restore the pictures and the flow of investments”, – quotes the Financial Times the words of al-Badri.

“This is not only important for producers but also for consumers. The world needs more oil volume, but it needs more investment,” he added.