The issue of procurement of gas will be settled before the end of March, said the head of Ministry of Ukraine Volodymyr demchyshyn. He also noted that the contract on future deliveries of Russian gas would be signed. 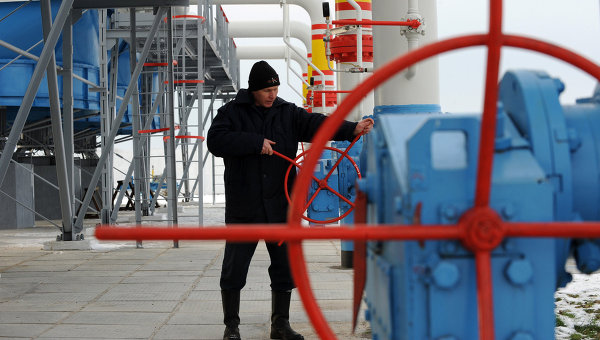 KYIV, 27 Jan. The Ministry of energy of Ukraine supports continuation of negotiations with Russia on gas purchases, you need to form a procurement principle, not only for quarter but for a longer period, told journalists the head of Ministry Vladimir Demchyshyn.

“For the cold season, the situation was resolved (“winter package” – ed.) and after the heating season is after the first quarter — also need to continue a relationship, that is, I think, like last time,” said Demchyshyn, speaking about negotiations on purchasing gas in Russia in the second quarter.

“It is important to establish the principle not only for the second quarter and over a longer period. Let’s see how the market will develop, because last year has significantly reduced the consumption, which gives the possibility to create a new balance with the understanding that dependence on foreign supplies will be smaller. So whether it’s Russia or the European direction — will be a lot of factors”, — said the head of Ministry of Ukraine.

“The fact that until the end of March everything will be settled, no doubt, but we are still in February was not included. You need a clear understanding with the heating season — whether cold winter, how many stocks will remain in storage… actually we (conditions of supply — ed.) has said repeatedly, all so you can close in one meeting, there are no long negotiations and analysis”, — said Demchyshyn.

“Everything is obvious: we understand the scope, principles are formed. The contract will be signed (on future deliveries with Russia — ed.) as the last time he signed because it is right to be able then choose the best price”, he added.

The Minister also clarified that these issues will be resolved at a tripartite meeting in the format Ukraine — Russia — EC, at a date yet to be determined.