In the election program of the party “United Russia”, which is scheduled to take the second stage of the Congress in June, will include the best ideas offered during the discussions in the party, said the EP President, the Prime Minister of the Russian Federation Dmitry Medvedev. 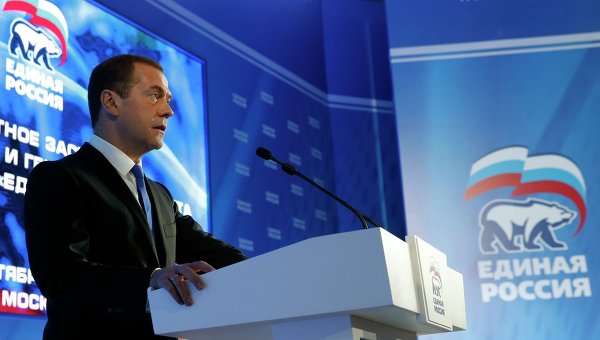 MOSCOW, 27 Jan. “United Russia” will take the election program of the party at the second Congress in June, said Prime Minister Dmitry Medvedev.

“Indeed, the discussions were interesting, even judging from what colleagues have just told us. According to the results of the moderators, as expected, will prepare proposals that will form the basis of my instructions to the government of the Russian Federation”, — said Medvedev, speaking at the Congress, the primary branch of the party “United Russia” in Moscow and the Moscow region, “Urban development: housing and utility services”.

“In the future, your best ideas will be included in the electoral program of the party “United Russia”. We plan to adopt it in the second stage of the Congress in June,” he said.