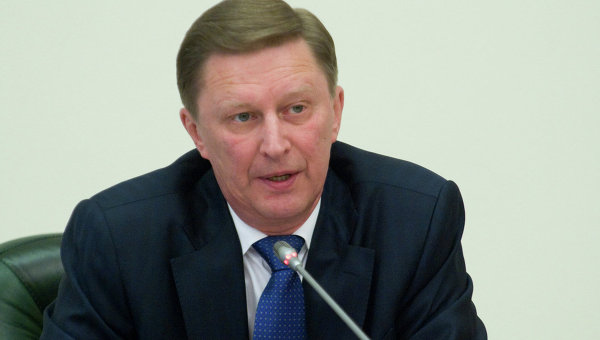 EKATERINBURG, 27 Jan. Olga Erachina. Presidential Plenipotentiary envoy in the Urals Federal district Igor Kholmanskikh, who in 2011, working at “Uralvagonzavod”, has offered to come “with the guys” to Moscow and to disperse opposition rallies, joined the criticism of the head of Chechnya, Ramzan Kadyrov, to address non-systemic opposition.

“To speak differently. Perhaps someone will discuss how this dramatically, and perhaps more politically correct was to speak. But in fact the man’s right, and we really need to get rid of “fifth column” in Russian politics. He says, in General, clear and understandable things. Another thing is that to those Internet screamers quite difficult to be taken seriously,” said Kholmanskikh at a press conference.

According to him, such people try to damage Russia. “They are shouting against the political system. They are saying the highest damage trying to put Russia as a country, their homeland. For some reason they think its some wrong country. When you listen to them, immediately comes to mind is the type of a certain intellectual opposition, which in his novel “the Golden calf” Ilf and Petrov described Vasisualy Lokhankin”, — said the envoy.

According to him, representatives of the nonparliamentary opposition has hijacked the notion, as liberalism. “I believe that we needlessly the audience is allowed to privatize that, in General, a good thing as liberalism. I mean the audience what he was talking about the head of Chechnya. Today it turns out that a liberal is a enemy of his people, the enemy of the country whose values and interests of Western democracy is much more important values and interests of their homeland, their country,” — said Kholmanskikh.

Igor Kholmanskikh became famous after during a “straight line” with Russian Prime Minister Vladimir Putin in December 2011, invited to come to the capital to disperse opposition rallies, not consonant with the results of the elections to the state Duma. A few days after assuming the office of President in may 2012, Putin signed a decree on appointment of Holmskogo for the post of presidential envoy in the Urals Federal district.