MOSCOW, January 28. Speech from the abolition of Schengen visas yet, however, many countries impose border controls. Told about it in interview to TV channel Russia 1, Russia’s permanent representative to the EU Vladimir Chizhov. 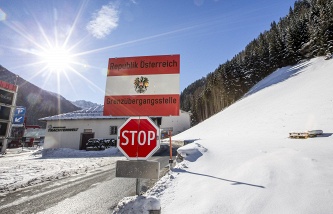 “Many countries have already introduced a temporary provided for the Schengen rules, border control at two months. But, in exceptional cases, this control can last for two years. Until the formal abolition of the Schengen area is applicable, especially because legally such a procedure is not provided. And then we’ll see.”, – said Chizhov, adding that the number of refugees in Europe may increase significantly.

“Now the forecasts are that the millions (of refugees) who came last year, this year may grow one and a half million”, – said Chizhov.

According to the International organization for migration, with the beginning of the year to Europe across the Mediterranean sea arrived more than 704 thousand migrants. Most refugees accepted Greece – 560 thousand, in Italy arrived 139,5 thousand

The Pro-Russian position is strengthened

In Europe there has been a “changing attitudes” toward strengthening the Pro-Russian rhetoric, also said Chizhov.

The EU is not considering suspending the Schengen agreement

The head of the Ministry of internal Affairs of Italy: Schengen until rescued, but the time to solve migration problems little

The Ministry of internal Affairs Austria: Greece should be excluded from Schengen for the lack of measures for the protection of EU borders

“Changing attitudes is guessed. I think this is due to several factors – how with awareness of the need to restore full relations with Russia, and with counting the damage that the economy of these countries from the current freezing of relations,” he said.

He also noticed that in Europe there is a strengthening of Pro-Russian rhetoric.

From September 2015 eight member States of the Schengen area – Norway, Sweden, Denmark, Austria, Germany, Hungary, France and Malta – introduced temporary border controls on its borders, to be able to somehow track the movement of migrants. The head of the European Council Donald Tusk said, speaking in the European Parliament last week that “salvation is of the Schengen area there are not more than two months.”

In these circumstances, the European Commission took the initiative of creating the first full-fledged supranational power structures of the EU – the European border Agency or the European Agency for the protection of land and sea borders. Thanks to him for the first time, Brussels will have its own direct supervision of up to 1.5 thousand security forces, which can be aimed “at strengthening the” external borders of any EU country. However, this structure can emerge on the operational level until March.

According to official data of the European Agency for the exchange of information Frontex border, from January to November 2015, there were about 1.55 million illegal crossings of land and sea borders of the EU. This figure is more than five times the figure just 2014. However, this statistic includes only detected by the border guards of migrants.