The Bank is unable to convert foreign currency loans into roubles at the exchange rate at the time of issuance with an increase of 30%, said the Deputy Chairman of the management Board of the Bank Denis Kovalev. According to him, the foreign currency borrowers could use the proposed last year by the programs, when the dollar was not so high. 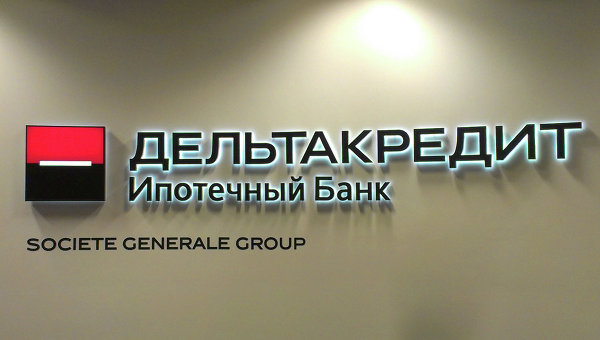 MOSCOW, 28 Jan. The Bank “DeltaCredit”, part of Societe Generale group, is unable to perform the currency mortgage borrowers conditions for the conversion of their debt into rubles, as he has obligations to investors in foreign currency, said during the conference call, the Chairman of the Board Denis Kovalev.

Currency borrowers arranged Wednesday night an unsanctioned rally in Central Moscow, coming on Tverskaya street with children dressed in robes. They were later dispersed by the police. Last week borrowers held an unsanctioned action of protest in the office of the Bank at the address Mokhovaya, 7.

The participants offered to share currency risk with the Bank, counting the balance owed at the rate on the date of the agreement plus 30%. They also suggested the Bank to implement the recommendation of the Central Bank on the currency conversion of the loan into rubles at the exchange rate on 1 October 2014. However, according to the participants, to agree with the “DeltaCredit” failed Bank to renegotiate the terms of their programs refused.

“From the beginning we were told that the Bank cannot use recommendations (the Central Bank of the Russian Federation), and especially to convert foreign currency loans into roubles at the exchange rate at the time of issuance with an increase of 30%. The Bank is not a separate substance. The Bank has staff who also have families; there are clients who have entrusted their money to the Bank; there are investors who are just people to whom we have obligations, secured in the currency in which we gave credit. Because before granting a loan, we attracted a loan in the same currency,” explained Kovalev.

The Bank noted that the currency mortgage borrowers could previously proposed to use last year’s programs, when the dollar was not so high. According to Kovaleva, in some cases, for example, in April, when the rate was at the level of 50-52 rubles per dollar, and the Bank offered a rate of 11% per annum, payments from individual borrowers were “even lower than if the Bank took the recommendation of the Central Bank, the rate was 39.4 ruble.”

The Bank “DeltaCredit”, he said, with the end of 2014, refinanced or restructured, 2.5 thousand (35%) of mortgage loans in foreign currency. Now the Bank, according to Kovalev, is willing to discuss changes in credit conditions only with each borrower separately. The same conditions the Bank will not offer, since all borrowers of different situations.