The presidents of Russia and Belarus Vladimir Putin and Alexander Lukashenko in a telephone conversation touched upon some issues of the Eurasian economic Union and agreed to meet. 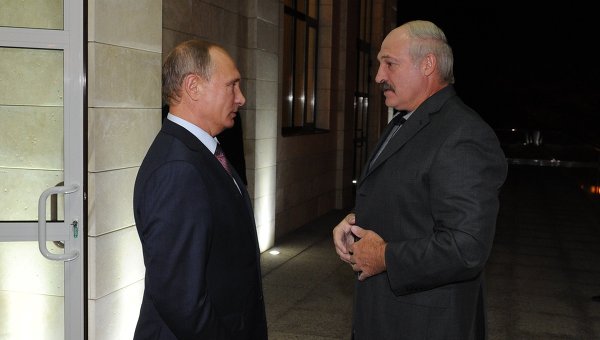 MINSK, 28 Jan. Nina Gurin. The presidents of Belarus and Russia Alexander Lukashenko and Vladimir Putin during a telephone conversation discussed the actions of Minsk and Moscow in connection with the agreement of Ukraine with the EU about free trade zone and agreed to meet in the near future, reported the press service of the Belarusian leader.

“The leaders drew attention to the fact the start of the agreement between Ukraine and EU on creation of free trade zones and in this regard discussed the actions of the countries for the near future in these conditions”, — said the press service.

According to her, the presidents touched upon some issues of the Eurasian economic Union.

According to the report, the heads of state discussed the schedule of joint events for the future, in particular, the meeting of the Supreme state Council at the end of February in Minsk and the forum of regions of Belarus and Russia in June in Minsk.

“As the main topic today’s conversation, and the upcoming two events is the economy. In a telephone conversation discussed the measures to synchronize actions in the circumstances”, — is spoken in the message.

“Lukashenko and Putin agreed to meet in the near future and in a closed and more substantive conversation to discuss the issues of bilateral relations”, — reported in a press-service of Lukashenka.