The programme of support for transport engineering is aimed at forming a comprehensive development of the whole industry, said Prime Minister Dmitry Medvedev. 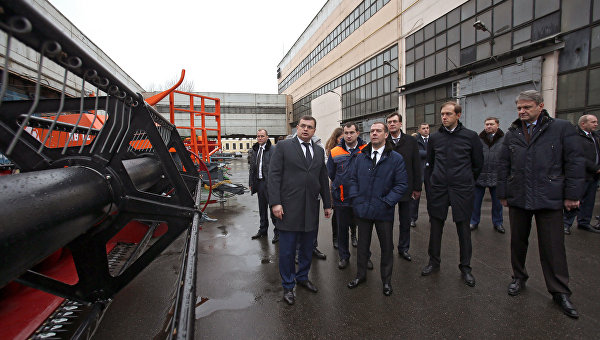 St. PETERSBURG, 28 Jan. The Prime Minister of the Russian Federation Dmitry Medvedev has informed that has approved a programme of support for transport engineering for this year.

“I signed a government resolution on approval of the program of support for transport engineering in 2016. The program is aimed at developing integrated development of the entire industry, we plan to support investment projects on modernization and expansion of capacities for production of large car castings, as well as joint projects with foreign manufacturers of railway equipment,” — said Medvedev at the meeting of the government Commission on import substitution.

According to him, this will improve the safety of railway traffic, especially freight, and will also optimize the production capacity of many enterprises.

“Updated Park of the train, we will be able to promote the products of our transport engineering exports. Here you have already created a good groundwork. For the first ten months of last year exports in the sector grew by almost 53%, which is a good result. But, of course, no limit to perfection, it is necessary to improve this indicator,” Prime Minister added.

He added that the implementation of this program will be discussed at the next branch meeting as well as the development of transport engineering in General.