In the framework of an import substitution program in 2016, the additional state support of manufacturers of agricultural machinery will amount to 10 billion rubles, said Prime Minister Dmitry Medvedev. 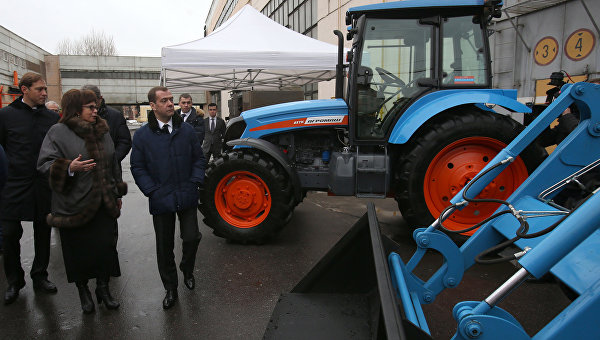 “I made the decision on allocation in 2016 for more money on subsidies to manufacturers of equipment in the amount of 10 billion rubles plus the fact that we had another 500 million will be allocated this year on updating of Park of equipment of the best educational institutions, which are subordinated to the Ministry of agriculture”, — said Medvedev at the meeting of the government Commission on import substitution.