Russia needs its own technology, own production and market services, said Prime Minister Dmitry Medvedev at a meeting of the government Commission on import substitution. 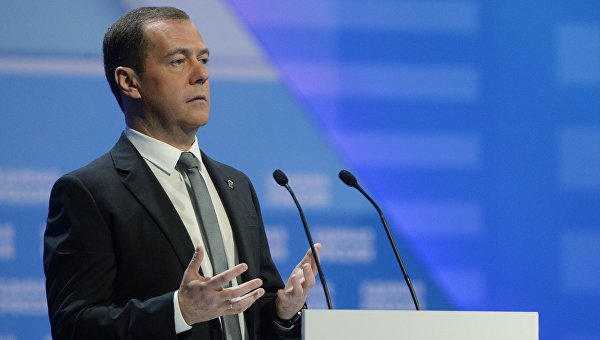 St. PETERSBURG, 28 Jan. Prime Minister Dmitry Medvedev said that in terms of sanctions it is important to buy technology, and not the range of services, including in the oil industry.

“In terms of sanctions, including limit transfers of us technologies, is particularly important to avoid current practice of purchase of technologies and complex services. They are used by various industries — including oil production”, — said Medvedev at the meeting of the government Commission on import substitution.

“For example, when drilling is ordered by a foreign company that produces, first, the equipment itself carries out prospecting, she conducts drilling and installs pipe, that is, these services are provided. Well, what then do we do? We are left with only pipe and absolutely zero technology for exploration and drilling. This is wrong,” the Prime Minister added.

He noted that this does not mean that you need to completely eliminate this kind of service system, “but in General, it is wrong, it can’t be strategic.”

“We definitely need our own technology, own production and market services,” he said, adding that this position should be reflected in strategic planning documents.