ST. PETERSBURG, January 28. Photographs of political activities of former Prime Minister Yevgeny Primakov (1929-2015), will be presented at the exhibition, which opens the Russian society of political scientists (ROP) in the Central naval Museum in St. Petersburg. 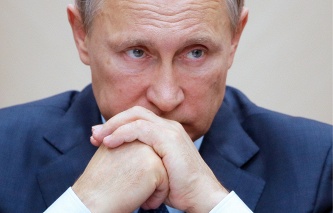 “Yevgeny Maksimovich 2013 he was the honorary Chairman of the Russian society of political scientists, we organized an exhibition dedicated to his memory, – has told a press-the Secretary of the company Maria Pshenichnikova. Here are about 50 photos that illustrate the period from the beginning of his political activities. Some of them demonstrated to the public for the first time”.

The theme of the exhibition – “Honorary Chairman of the PMA Primakov: milestones of life and activity.” The photos will be shown here – images from the archive and private archive RAD.

The exhibition is timed to take place in St.-Petersburg the International scientific conference “the Problem of stability of political systems of the modern world”, which will be attended by leading political scientists of Russia, Austria, Belorussia, Greece, Italy, Moldova, Serbia, Ukraine, France and Japan. They will discuss actual problems of modern world politics.

Yevgeny Primakov, a prominent statesman and public figure, academician and diplomat, died 26 June 2015 in Moscow on 86 th year of life. On June 29 last year he was buried with military honors at Novodevichy cemetery in Moscow. The funeral was attended not only by relatives and close the academic but also the President of Russia Vladimir Putin, the leadership of the Kremlin administration, members of the government, hundreds of friends and colleagues of the scientist and the politician.