ST. PETERSBURG, January 28. Siemens hopes to sign an agreement to supply 30 trains “Lastochka” for Railways in the coming weeks, told reporters on Thursday the General Director of Siemens in Russia and Central Asia, Vice-President of Siemens AG Dietrich Moeller. 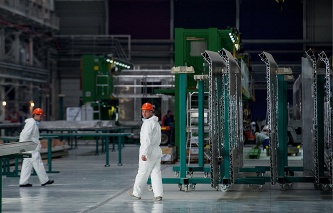 “Russian Railways have with the agreement that this year will be delivered 30 trains. We are currently in the process of signing a framework contract has 1,200 cars, but the annual volumes are, of course, are determined separately. But we hope in the coming weeks to sign,” said Muller on the question of the supply of thirty of the Swallows this year.

He also added that “he sees no risks of” disruption in supplies. “I don’t see the risk. They are in demand, they are produced. The localization of these trains under the contract must be 70%, are now at the level of 60%. Expect that we will achieve a higher level of economic considerations, the ruble will affect this,” he said.

As previously reported, the contract requirements, according to which the level of localization of passenger trains will reach 80% by 2017.

“The depth of localization in the production of the first Ural “Swallows” amounted to 63%,” Moeller said earlier. According to him, was planned before the end of 2015 to produce 30 train. Currently in supplies of components for trains and locomotives, involving about 100 Russian enterprises. “Also, the company “Ural locomotives” continued localization of production of such important components for trains, bogie frames, – said the head of the company. – The first frame is already welded. There is established a body Assembly, painting, commissioning works. For trains and locomotives purchased components domestic production”.

Moeller added that the localization of production has been consistent on all Siemens companies in Russia.