NOVOSIBIRSK, January 28. The Bank of Russia plans to expand the boundaries of a tariff corridor for CTP in the long term, and in the future in General to refuse it. About it has informed journalists the first Deputy Chairman of the Central Bank Sergey Shvetsov.

“Strategically we are looking to expand the tariff corridor. Now the Bank of Russia completes the analysis of the insurance market. We expect that by the end of the year the market will remain only those companies with sufficient capital and the right business model. And next steps – extension of the tariff corridor and into a deep perspective the rejection of the tariff policy of the regulator,” – said Shvetsov. 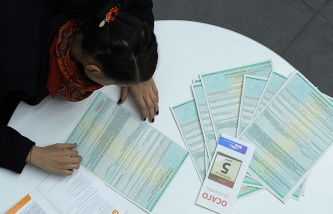 Shvetsov: the decline in sales of insurance policies may be associated with falling incomes

Now the tariff corridor, within which insurers determine the cost of the policy is 20 per cent. In April 2015 the Central Bank of the Russian Federation adopted a new tariff CTP, which amounted to 40%. At the same time the tariff corridor was increased from 5% to 20%. The majority of insurers after the innovations have started to sell insurance policies on the upper boundary of the corridor, and, in fact, CTP has risen by 60%.

First Deputy Chairman of the Central Bank did not specify how reduced the insurance market by the end of 2016.

Shvetsov said earlier that the decline in sales of insurance policies in Russia may be due to falling incomes and a waiver of car use in the winter.

Insurance companies of the Russian Federation in 2015 was concluded to 39.8 million contracts OSAGO, 2.7 million fewer than a year earlier. With fees of CTP insurers for 2015 has increased by 46% year-on-year and amounted 220,2 billion rubles due to the growth of tariffs by 40-60%.

Rating Agency “the big three” (Fitch, Moody’s and Standard&Poor’s) has not yet decided whether to create subsidiaries in Russia. Now they are negotiating with the Central Bank, said Shvetsov.

“We are in constant contact with the “big three”. We are now in intense negotiations. Decision they haven’t made”, – he said.

Shvetsov noted that we are talking about the creation of subsidiaries, not branches. For current activities in Russia, according to him, the agencies are happy with your current infrastructure, but subsidiaries will need to produce the national rating scale, which will be able to take the controller.

Shvetsov said earlier that he does not expect reductions in the business of rating agencies in Russia, working in a competitive environment and cannot afford loss of market share.

In the summer of 2015, the President signed the law on the activities of rating agencies in Russia, which provides, inter alia, the establishment of a national rating scale and will contribute to the depoliticization of this activity.

The document was submitted to the Duma in February 2015 after the beginning of the year the “big three” rating agencies – Fitch, Moody’s and Standard&Poor’s sharply downgraded the rating of Russia, which caused Russian authorities accusations of political bias.

The Bank of Russia is not going to apply any impact to the mechanisms of crowd-funding (crowd funding) in the absence of “financial pyramids”, said Shvetsov.

Crowdfunding is a mechanism for obtaining funds for various projects, based on voluntary contributions of large numbers of people. Typically, it is implemented at special sites on the Internet. Investors are thus interested in their product and special privileges established by the initiators of the project.