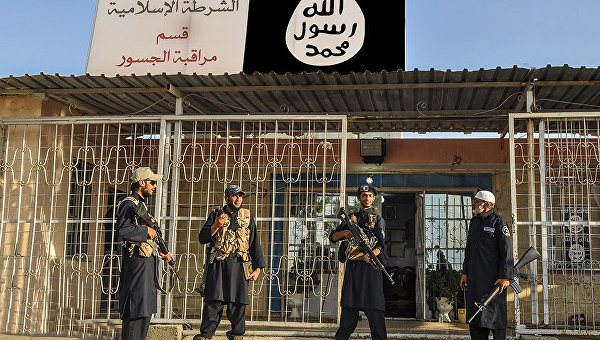 MOSCOW, 28 Jan. Deputies of the state Duma from the CPRF Valery Rashkin and Sergei Obukhov asked the head of Rosfinmonitoring Yuri Chikhanchin to take measures on revealing and suppression of sources of financing of international terrorism, especially those involving the United States.

MPs will be recalled that the Federal financial monitoring service is responsible for combating the financing of terrorism.

“We ask you in accordance with the international treaties and national legislation of Russia to take measures aimed at detection and suppression of sources of financing of international terrorism, particularly associated with the USA”, — stated in the request, a copy of which is available.

Deputies pay attention to the fact that information about the movement of funds and other assistance to proscribed organizations, usually carefully protected, but sometimes it gets to the public. In particular, in recent years, the media reported that the US continues to Fund terrorist organizations in Afghanistan, wrote the Communists.

“Widely known cases when the White house transmitted allegedly so-called free Syrian army arms, ammunition and equipment were in the hands of the militants, recognized by the world community by terrorists”, — stated in the request. Deputies also referred to the publication of the Washington Post that anti-tank missile complexes BGM-71 TOW (the manufacturer — the American company Raytheon) fall into the hands of militants since the beginning of 2014 in the framework of a secret joint program of the CIA and a number of Gulf monarchies. According to “Russian newspaper”, the “destroyed Russian helicopter in Syria fell to terrorists from the United States,” write parliamentarians.

“To track the sources of funding for such assistance to armed groups of terrorists more difficult, that such costs USA not publicized,” write Rashkin and Obukhov.