The head of the Russian foreign Minister Sergei Lavrov, who is currently on a working visit in Ashgabat, responded to comments by Minister of foreign Affairs of Germany Frank-Walter Steinmeier, Lavrov earlier accused in interfering in the internal Affairs of Germany. 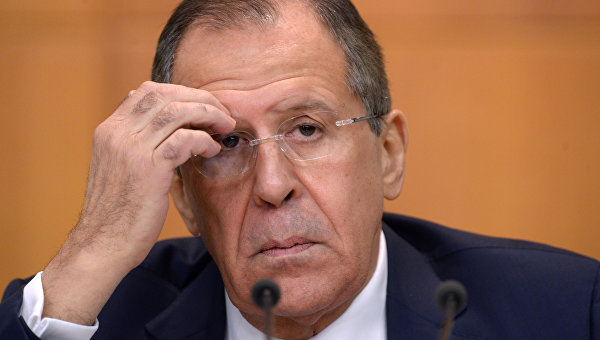 MOSCOW, 28 Jan. The foreign Ministers of Russia and Germany continued to exchange barbs about the investigation into the attack on 13-year-old Russian girl in Berlin. In particular, at a briefing in Ashgabat, where he is on an official visit, Russian foreign Minister Sergei Lavrov responded to comments made by the Minister for foreign Affairs of Germany Frank-Walter Steinmeier, Lavrov earlier accused of interference in internal Affairs.

Lavrov: concern about human rights is not interference

“We are not interfering in the internal Affairs of other States. Comments on the situation with human rights can never be considered as interference in internal Affairs. This postulate, which is recorded in the international legal conventions in the field of international activity in the sphere of ensuring rights and freedoms” — Lavrov said to journalists on Thursday in Ashgabat.

“Our German friends regularly, much more often than we comment on various aspects of the inner life of the Russian Federation, not only in the field of human rights, but also in other areas,” he recalled.

“When someone is angry, it means that not all right with the reasoning,” concluded the head of the Russian foreign Ministry.

Was there a girl?

The story of 13-year-old Russian girl Lisa began in mid-September. Then the relatives of the girl told a journalist of the Russian First channel that Lisa disappeared on the way to school. A day later she was found on the street — Lisa allegedly claimed that she was abducted and raped by three workers. The aunt of the girl also said the radio station RSN that the family is going to use the services of a lawyer, as fears that the child can collect social services.

After that, by German law enforcement was followed by contradictory statements. First, the press service of the Berlin police reported that the missing Russian girl in Berlin closed in connection with absence of structure of a crime — the girl did not kidnap and not rape.

However, on 25 January, the official representative of the Prosecutor’s office Martin steltner (Martin Steltner) in an interview with radio station RBB acknowledged that “had sexual relations by mutual consent”. However, he stressed that at the present time under investigation on suspicion of indecent assault against a child. Sexual intercourse with 13-year-old child, even by mutual consent in Germany is also punishable by law.

During its annual press conference this week, Sergey Lavrov mentioned this case. He expressed the hope that the crime that many associate with the influx of migrants to Germany, will not remain without proper attention. “I hope that there will be no repetition of cases, as with our girl Lisa, when the news that she was gone, a very long time was hidden for some reason. Now, at least, we are working with a lawyer, he works with family, with our Embassy,” said the Minister.

After a while there was quite a harsh response Minister of foreign Affairs of Germany Frank-Walter Steinmeier. He accused his Russian counterpart of meddling in the internal Affairs of Germany. According to him, it is impossible to use this case “to political propaganda and to intervene in the already complicated inner-German debate on migrants and rekindle it.”

Sergei Lavrov, however, these attacks responded quite calmly.

“I can’t agree with what Frank-Walter Steinmeier once responded harshly to my comments. He said I need to wait for the investigation results and not to foster propaganda campaign in the media. We exactly about this and ask for the results of the investigation as soon as possible appeared”, — Lavrov said at a press conference in Ashgabat.