Proposal for cooperation in the elections for the state Duma Boris Titov received on the onf forum in Stavropol, said the Chairman of the party “just cause” Vyacheslav Maratkanov. 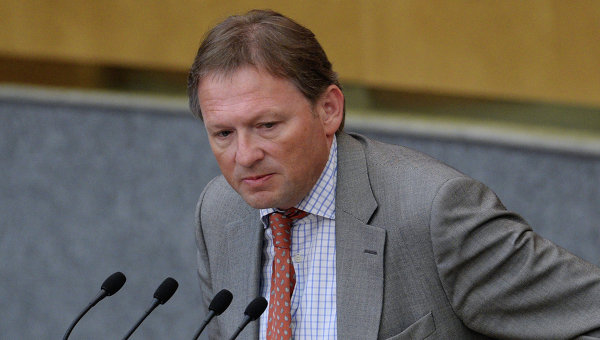 MOSCOW, 28 Jan. The Chairman of the party “just cause” Vyacheslav Maratkanov said about negotiations with business Ombudsman Boris Titov, who intends to lead the list of one of right-wing parties in the elections to the state Duma. This information was confirmed by the head of the office of the Commissioner Tatyana Marchenko.

“Negotiations are underway. Let’s say that they are still in such a constructive plan, but so far stage of negotiations because the proposal came less than a week ago. During this time, it’s hard to reach any agreements,” — said Martynov.

He said that the offer of cooperation on elections to the state Duma from Titov received on the forum of the popular front in Stavropol.

“At the forum of the popular front we met with him and he made such a proposal that he would like to join the list party, which positions itself as the party of business”, — said the Chairman of “Right cause”.

In turn, Marchenko said that negotiations are underway with several right-wing parties which have a Federal license, including the Right cause.

A few days ago Maratkanov stated that the negotiations were not conducted and not conducted. However, he said that Titov was the co-Chairman of the party, and said that he considered the possible return of the business Ombudsman “difficult process”.

On Thursday a source in the party “Rodina” announced that they are negotiating with the business Ombudsman. However, later in the office of the Commissioner for entrepreneurs ‘ rights this information was refuted.