NEW YORK, January 29. /Corr. Alexey Kachalin/. Adapters-connectors for Apple devices designed for consumers in Europe, Australia, New Zealand, South Korea, Argentina and Brazil, in certain cases, can beat the shock when touched. This was announced by Apple on Friday, promising to hold free replacement adapters placed on the market in the period 2003-2015. 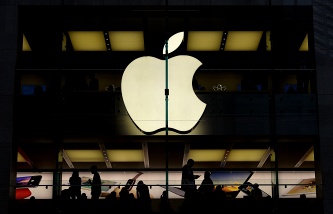 Apple has announced record profits for the first fiscal quarter

They are included in the box of Mac computers, several other products of the company with the iOS operating system, as well as the kit World Travel Adapter Kit.

“Consumer safety is always the number one priority for Apple, and we have voluntarily decided to exchange for free data adapters-plugs with new ones,” said the company.

The company said that the defect does not apply to adapters that are designed for Canada, China, Hong Kong, Japan, UK and USA.

Founded in 1976 with the Apple headquarters in Cupertino (California) produces smartphones iPhone, iPad tablets, iPod music players, laptops and desktop computers iMac and other high-tech equipment. Apple also produces four software platforms – iOS, OS X, watchOS and tvOS, which all of its devices. Corporation is the world’s largest company with a market capitalization of about $554,4 billion.