MOSCOW, January 29. The situation in the financial and banking sector in Russia is stable. 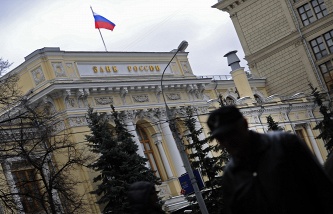 CBR publishes data on the adequacy of international reserves

This was stated by first Deputy Chairman of the Bank of Russia Ksenia Yudaeva.

According to her, the Supervisory unit at the Central Bank strengthened the regulation and supervision of banks ensures that banks created adequate provisions for losses.

“Now the banking sector is even more stable or more stable than it was before. He created significant reserves for possible losses. At the same time continuing and the policies that weaker players should be withdrawn from the market, so that overall, the sector remained resilient and stable, continued to work on economic growth”, – said Yudaeva.

The Bank of Russia under certain conditions does not exclude the increase of the key rate, said Yudaeva.

“The main thing here is to follow our goal of 4% inflation in the medium term. We see a high likelihood that it will be achieved in 2017. In connection with the set of risks, risks that this could happen a little bit later on, rose. With significant increases inflationary risks, we can raise the rate to their limit,” said Yudaeva.

In this case, the controller waits to the end of January inflation at 10%, she said.

“By the end of January we will reach the inflation rate of 10%. This coincides with the forecast that we gave a year ago,” said Yudaeva.