MOSCOW, January 29. State Duma deputies have confirmed the possibility of the early adoption of the law on collection activity – either in one version, proposed by parliamentarians, either in the wording of the Ministry of economic development, which has long been preparing this initiative. On Okhotny emphasize that the future instrument should exclude the possibility of a repetition of recent tragic incidents involving the activities of collectors.

The Committee will also urge the government

Chairman of the state Duma Committee on financial market of United Russia party Nikolai Gonchar said that in the Committee now there are 6 laws that somehow prohibit the activities of collectors. However, three of them received a negative opinion of the government, he said. It is anticipated that the Committee will consider these initiatives next week when MPs return to the Duma after work with voters. 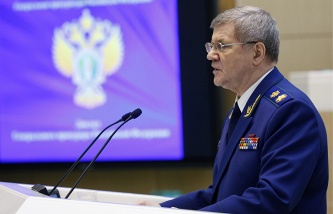 “One of those bills that are in Committee and which at first glance is more elaborate, this is a bill the Federation Council member Oleg Kazakovtsev, the bill of deputies from the liberal democratic party and the bill, which yesterday introduced the legislative Assembly of St. Petersburg”, – said the Deputy.

According to Gonchar, “the extended” version is the initiative of the representatives of the liberal democratic party. Its key innovation involves the prohibition of assignment of claims. “To claim a refund on the loan or the collateral can only be a creditor of the borrower and on behalf of the creditor necessarily employees of the Bank”, – said the head of the Committee.

At the same time Gonchar is aware of the existence of a government version of the bill collectors, which prepares the Ministry of economic development. “What happened (including in the Ulyanovsk region, where the collector set fire to the house of the debtor, resulting in injured two-year-old child and his grandfather – ed.), only illustrates the gravity of the situation,” he confirmed. “But it should read, he is yet to be sent to the state Duma, so it is difficult to comment”, – admitted the Deputy.

“From what today is, the most convincing impression of the liberal democratic party bill”, – said the head of the Committee. He explained that if the government next week will make its variant, “as the alternative bills, they will all be completed in one alternative agenda”. “But you need to read version of the government to make any assumption, but his government has not yet introduced legislative Commission”, – said the politician. Speaking about the essence of the document, which, in his opinion, should be adopted by the house, Potter said that the future law should “avoid things like what happened in the Ulyanovsk region”.

“Next week I will formally request the government – if he has an option, and if so, when it will be submitted. If I was told that there is no such option, we will discuss all these (parliamentary) laws,” confirmed the head of the Committee, assuring that “I absolutely agree that the need to adopt long overdue”. 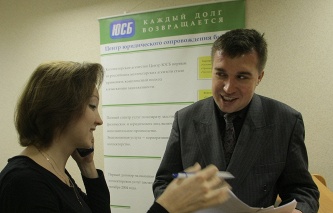 For his part, the head of the Duma Committee on ekonompolitike Anatoly Aksakov (“Fair Russia”) has suggested that the law on sewers may be adopted either in a government form, or in the wording proposed by the faction “Fair Russia”.

“A fraction of such a law made, it is that these (debt collection) company must be licensed by the Central Bank”, – said the MP. According to this initiative, information on borrowers can be transferred to a licensed debt collection organizations only with the consent of the borrower. “Plus there are requirements for the operation of these agencies,” – said Aksakov, noting that it is not banning the “criminality”, which is already prohibited by law, and the regulation of measures of psychological terror.

“Now as the situation worsened, then the chances of the emergence of the law increased,” – said the Deputy. He confirmed that his version of the text prepares the Ministry of economic development, but the work is “delayed”.

“I assume that either would be considered the draft bill – and, most likely, the option that made (the leader “Fair Russia” Sergey) Mironov, or the government will expedite the introduction of his bill, because it is in high degree of readiness, it hinders inter-Ministerial coordination. Now everything can be accelerated,” said Aksakov. 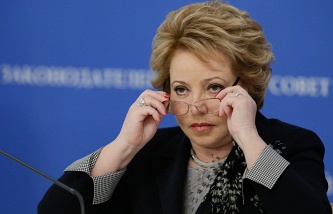 Member of state Duma Committee on Finance United Russia Igor Rudensky considers that the most logical would be the adoption of the government draft law on collection activity. “There are initiatives from other factions, but I think it would be logical if the government will introduce legislation, because really there is a necessity of payment”, – he said.

Rudensky also supported the position of the speaker of the Federation Council Valentina Matvienko, which was in favour to suspend the activities of collection agencies prior to the enactment of a law that would strictly regulate their work. “I fully agree and think that somehow you need now, not a very easy period for our economy, for the people, the activities of collection agencies or to restrict their pressure on people, or to suspend until the adoption of the bill”, – said the Deputy.

In his opinion, such a decision is “within the competence of more government.” “I think the government jointly with the Central Bank to take a decision”, – said the politician. Rudensky also confirmed that “on this subject (on collection activity) is preparing a draft law, but in what phase is it and who will pay is not yet aware of”. “But in principle this need is already overdue,” he concluded.

Earlier today, press Secretary of the President of Russia Dmitry Peskov has declared to journalists that the Kremlin has not yet formulated its position on the subject of regulating the activities of collection agencies, as currently this issue is being discussed on the platform of the Parliament.