The minimum retail price for vodka is a tool of suppression of cheap counterfeit alcohol but, in the face of rising cost of production, increase in retail cost is logical, experts say. 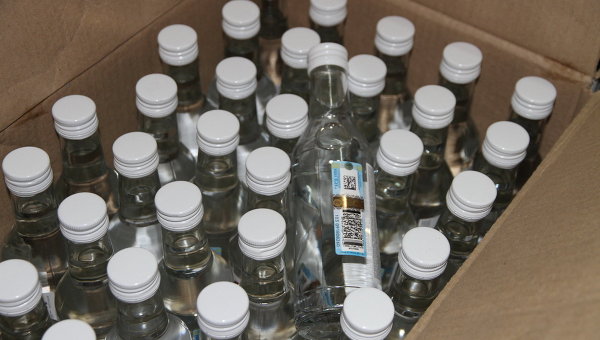 MOSCOW, 29 Jan. Raising the minimum retail price (MRP) for vodka is a logical step in the face of rising production costs, experts say.

The minimum retail price for vodka is a tool of suppression of cheap counterfeit alcohol on the market. From 1 February 2015 it is established by the Federal alcohol market regulatory service at 185 rubles per half-liter bottle of vodka, before that it was 220 rubles per 0.5 liter. At the same time, the excise duty for vodka was not changed from 2014 — 500 rubles per liter of absolute alcohol.

Earlier on Friday, Deputy economic development Minister of the Russian Federation Oleg Fomichev said that the Ministry proposes to increase MRC vodka in 2016, adjusting it for inflation at cost of 190 rubles per bottle of 0.5 litre. In turn, the representative of the Federal alcohol market regulatory service said that the Agency will continue the calculation based on MRC rates plus 15% to cost of a bottle of vodka.

Director of legal Affairs and corporate relations of the company “sun InBev” oraz Durdyev indicates that the introduction of MRCs to one or the other form of alcoholic beverages requires a comprehensive approach, depending on the regulations of each individual segment.

“Speaking about possible increase of MRP for liquor, it should be noted that this step as logical given the high proportion of illegal products, and from the point of view of price regulation of the market,” he said. Durdyev also noticed that currently there is a severe bias towards the availability of hard drinks in Russia.

In turn, the head of the Center of researches Federal and regional alcohol markets (tsifrra) Vadim Drobiz stated that currently there is a natural increase in the cost of all the components of a bottle of vodka, in addition to the excise tax.

“So vodka is the same product as any other. The rising price of 5 rubles, with one hand, is insufficient, because 90% of vodka sold in Russia at the price of 220 rubles and above. That is, this minimum price is set for a small amount of vodka”, — the expert believes.

He cites an example: if vodka is made from cheap alcohol poured on affordable bottles, sold in the store near the plant, and so on — in this case, it may cost 190 rubles. The Drobiz stressed: to solve the problem with illegal retail, for what was created and the MRC mechanism, should not the minimum retail price and not a state monopoly on alcohol, and the system of USAIS.

“If in the second half of the system works, the order will be established with the system of USAIS, illegal retail of vodka. Indeed, the relevance of the minimum retail price will be partially removed,” he says.

The price increase and sales growth of the shadow

At the same time a Director of group companies of the food market research company “Nielsen Russia” Sergey Glamazda indicates that a gradual increase of the minimum retail price in the past years has led to a gradual decline in sales in the legal market, and, consequently, their growth in shadow.

“This regularity is confirmed for 2015: after dropping MRC vodka to 185 rubles, we observed a slowdown in the decline in sales category due to partial return of consumption in a legal plane” — indicates the expert.

By Nielsen, sales of spirits in physical terms in Russia in January 2015 fell by 5.3% in annual terms, with heaviest sales had dropped gin and tequila — by 20.3% in each segment. The second highest drop in sales took whisky (minus 13.8 per cent), the third — cognac (minus 7.8 percent), fourth — brandy (minus 6.2 percent).