KAZAN, January 29. /Corr. Alexei Ugarov/. High-speed railway “Moscow-Beijing” can start construction on the first section between Moscow and Kazan as early as 2017. But that will require agreement at the intergovernmental level between Russia and China, said the Minister of transport of Russia Maxim Sokolov at the meeting in Kazan, the correspondent of TASS. 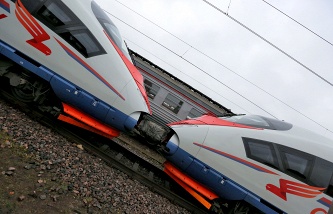 “If the project works successfully completed by the end of this year, will be achieved if the necessary agreements, primarily at the intergovernmental level, we can say that from 2017 this project is a chance to get to construction stage,” said Sokolov. He said that “several intergovernmental and inter-Ministerial memoranda on the development of this project has already been signed and are being implemented”. “This year we should reach an agreement with our Chinese partners, today they are already in the consortium for the organization of the project involved”, – said Sokolov.

The Minister also noted that, “despite the fact that this project has tremendous cost – more than 1 trillion rubles,” the design of the first section of the railway between Moscow and Kazan continues.

According to Sokolov, the construction project of HSR in the first phase will be a “driver of economic development not only of the Republic of Tatarstan, not only in the Volga district and the European part of the country but also across Russia as a completely different put the issue of mobility of the population, which means that it will accelerate the growth of labor productivity”. “In the implementation phase, which will involve over 40 thousand jobs, a large number of vehicles, the use of non-metallic materials, steel – he will be a key driver for the development of the Russian economy”, – said Sokolov.

The total construction cost of HSR “Moscow-Kazan” is 1,068 trillion rubles. The site “Moscow-Kazan” in the future can become a part of high speed railway “Moscow-Beijing”, the construction cost of which is estimated at 7 trillion rubles, and the project “silk road” that will link China with Europe and the Middle East. The length of HSR “Moscow-Kazan” will be about 770 km, the train speed will reach 400 km/h on the highway will be organized stops every 50-70 km from Moscow to Kazan high-speed rail will be 3.5 hours vs. 14 hours now.