The bill proposes a binding developer’s equity to the price of houses built on equity participation agreements and the establishment of a single registry of contractors. 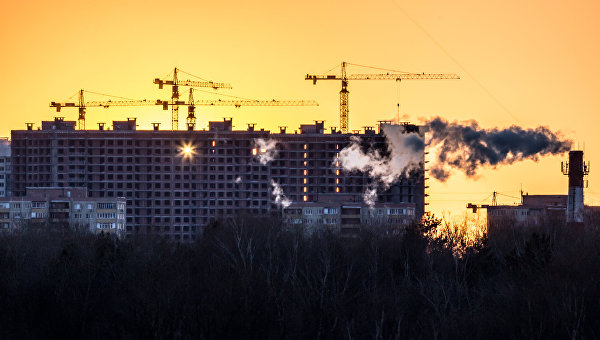 MOSCOW, 29 Jan. The state Duma Committee on financial market supported on Friday a government bill toughening the requirements to the developers under shared construction provided it is serious revision for the second reading.

The government’s proposed changes suggest a binding developer’s equity to the price of houses built under contracts equity (DDU) and creating a single registry of contractors and the introduction of alternative mechanism to ensure the rights of shareholders — allocation of funds participatory construction escrow accounts. Such accounts can be opened only in banks, the value of own funds (capital) of not less than 20 billion rubles.

Equity of the developer shall be not less than 5% from the value calculated as product of total area of residential premises in apartment houses (MCD), under construction by the developer with the involvement of shareholders, by the average price of one square meter of total area of residential premises on the primary market of habitation in the subject of the Russian Federation. But if such houses are built on the territory of several regions, is the average price determined by the methodology of the Ministry of construction of Russia.

The head of the Committee on Finance Nikolai Gonchar noted the necessity of taking into account the opinion on the draft law comments and proposals made during its consideration. He also announced the possibility of holding parliamentary hearings, which must be defined that will remain in the document text, but that would be excluded from it in preparation for the second reading. “It may well be that this law is necessary to radically revise, globally there are a lot of mistakes,” he said, in his turn, Deputy Chairman of the Committee Dmitry Saveliev.

The main complaint against the bill at a meeting of the Committee on Finance was expressed by the Deputy Chairman of the Duma Committee for security and combating corruption Alexander Khinshtein.

First, according to him, “norm, associated with a billion rubles, it is necessary to withdraw” because she “completely undoable” and can lead to monopolization of the market. “In Russia today there is not a single group of companies that have their own funds, the funds included in this group of companies — legal persons, exceed one billion rubles. Thus, this rule is difficult for anybody,” — said the Deputy.

Secondly, the bill “proposes to legalize the current vicious practice, when the authorities force developers to solve problems, building the objects of social infrastructure”, continued thereafter.

In his opinion, this will lead “to an increase in the cost per square meter” and social injustice: the equity holder who wants their money to buy an apartment, “simultaneously paying the taxes which the state lives, should Finance the construction of schools, kindergartens and clinics”. In addition, “incorporated in the bill the norm is corruption,” the MP said.

He noted that it will be possible to build at the expense of the citizens of the hospitals, schools, kindergartens, provided that the municipality after construction would take them to his property.

“And how will it be guaranteed? The fact that the head of the municipality will sign a letter saying he will take after construction. Tomorrow he will withdraw this letter of guarantee will be replaced or the head and say: I don’t need to take in the books, because there is no money for its maintenance,” he said.

“There is a lot of questions, but, ultimately, to shift to the shoulders of people in today’s difficult situation these questions and the problems wrong,” — said Khinshtein.

Thirdly, the imposition of escrow accounts itself “reasonable,” but he fears it will lead in fact to stop that way of lending to property developers by banks. The MP said that the escrow account may be opened only if the Bank has started financing the project of construction of the facility.

“But if the Bank had begun financing the construction of the object, then there is credit, there are clear prospects, and why the developer means investors”, — is perplexed thereafter. After all, according to him, the developer who now has project financing from the Bank, most of the problems arise, “but the developers, unfortunately, very little”.

Deputy Chairman of the Duma Committee admits that the cost of one square meter in the sale of apartments “in the framework of the mechanism of escrow accounts on average will increase by 46%”. “This alternative scheme, it is just one of the others, however, it requires serious discussion and a much deeper analysis,” said the MP.

The Position Of The Ministry Of Construction

Deputy Minister of construction and housing and communal services of Russia Natalia Antipina agreed with the need to Refine the bill to the second reading, proposing to establish a working group.

“There are three issues that should be discussed in preparation for the second reading, we are not against it,” she said, adding that “we need to find a reasonable balance,” because the task is to protect the citizens. The Deputy Minister had opposed the norm about 1 billion rubles, and expressed readiness to correct.

“The issue specifically with this figure, for the second reading we will work further”, — assured the Director of Department of housing policy of the Ministry of the Russian Federation Nikita Stasyshyn. He informed that the issue relating to 1 billion rubles, previously discussed in various working groups and “there is a proposal to remove the issue in preparation for the second reading”.

In response to the request Hinstein to say, there are groups of companies that meet this requirement, and where they are located, Stasyshyn suggested that “in Moscow and the Moscow region they can show a billion”. “If there is a problem, they will tell,” he said.