Depositors of the Bank said that “Intercommerz” produces deposits of individuals with the delay, and also makes payments of legal entities in other banks. The reaction of the Central Bank has not kept itself waiting – the Bank introduced a temporary administration. 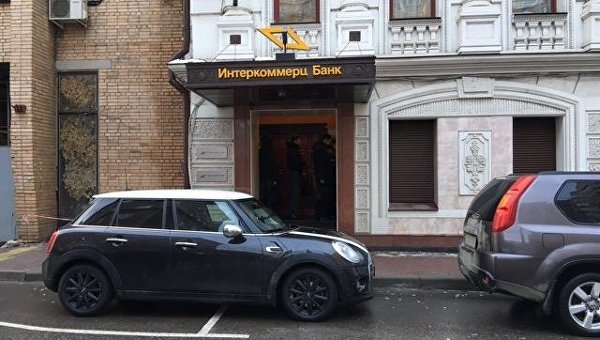 MOSCOW, 29 Jan. Investors “Intercommerz” left without the ability to quickly withdraw their money from the Bank. Experts believe the likelihood of a revocation of the license of the Bank, which already operates a temporary administration of the Central Bank.

The situation around the Bank “Intercommerz”, included in assets in the first hundred Russian banks, has developed rapidly. This week, depositors began to announce that “Intercommerz” produces deposits of individuals with the delay. On Thursday the Bank said that the Bank has problems with ruble liquidity. In addition, customers mentioned that the Bank makes payments of legal entities in other banks.

The actions of the regulator did not take long to wait. On Friday morning, the Bank of Russia announced the introduction of temporary administration on management of Bank “Intercommerz” for six months. The Foundation has been a decline in the Bank’s capital by more than 30% compared to its maximum value over the previous year, and the violation of one of the mandatory standards.

On Friday evening the Bank “Intercommerz” has temporarily suspended operations on customer’s accounts, explaining its decision by performing the functions of the interim administration. “In order to execute designated functions, handling accounts of clients – physical and legal entities and also conduct cash transactions at the Head office, additional offices, operational offices and branches of the Bank from 29 January 2016 temporarily suspended”, — was stated in the announcement according to 14.30 on the day.

Later this information from the website was removed and replaced by another. “We inform you that by order of the provisional administration on 30 and 31 January 2016 — not working days in all additional offices, operating cash desks, operational offices and branches of the Bank “Intercommerz”, — stated in the message on the website of the Bank according to at 19.00.

Get through on the phones the call centre to the correspondent Bank fails, the Bank’s head office in Moscow located at Bolshoy savvinskiy pereulok, 2 near the metro station “Kiev”, was closed. At the entrance to the Bank hangs a sign “Dear customers! The Bank’s head office does not serve clients. For service please contact additional offices at the place of the accounts”. Get through on the phone to the additional office of the Bank specified in the neighbor advertisement failed.

“The money now You are not clear anywhere (in the offices of the Bank “Intercommerz” — ed.), it is necessary to wait, maybe Monday will be a decision”, — said the correspondent of a security officer from the “window” of the Central office of the Bank. “Don’t You worry, the Bank operates, take your money then”, he assured.

Day at head office “Intercommerz” around 15 hours of the day of the big congestion of the people was not, people came and went, near the Bank waiting was about seven people, some waited in cars parked nearby. One of the Bank’s clients, a young man in a fur cap, said he would like to withdraw money from a Deposit box in the Bank, but yet it is not possible.

The fact of the entry of the Central Bank temporary administration of the Bank shows its very serious problems, said the head of Department of the analysis of financial institutions by the rating Agency RIA Rating Andrew Manko. “It ultimately can be interpreted as a high risk for customers, since after the introduction of the Central Bank of the interim administration of the license revocation probability higher than the probability of readjustment,” he said.

The proof is the statistics of the Central Bank on revocation of licenses, for example, in a similar way the situation developed in the Probusinessbank, Bank Note, and Only where the regulator has revoked the licenses after the interim administration, reminds Manko. On the basis of public statements the Bank “Intercommerz” could be classified as medium secure, but at the end of 2015 in the banking market there were rumors about problems at the Bank, said the expert.

“I believe that in the coming weeks the Bank will decide on the moratorium if will not start the rehabilitation procedure. The license could be revoked and a month later, and within two, but the moratorium is likely to be introduced earlier. After the moratorium has, accordingly, the payouts will be ASV (Agency on insurance of contributions — ed.)”, — he said.

In fact, the same is confirmed by a source close to the management of the Bank “Intercommerz”. “The authority of the interim administration of the Central Bank means that investors will have to wait for reimbursement of the Deposit insurance Agency, the maximum amount of which is fixed by legislation in amounts up to 1 million 400 thousand rubles”, — said the banker.

According to RIA Rating by 1 January 2016, the Bank “Intercommerz” was No. 84 in terms of assets in the banking system of the Russian Federation. According to the reports, which it sends to the Central Bank, the Bank has received in 2015 profit of 1.4 billion rubles, over the year, with its liabilities to individuals increased by about 77% to 68,4 billion.