From the “social block” anti-crisis plan for 2016 removed the point about increasing the age of retirement, however there was a proposal to limit pension payments for working pensioners taking into account their income, “Vedomosti”. 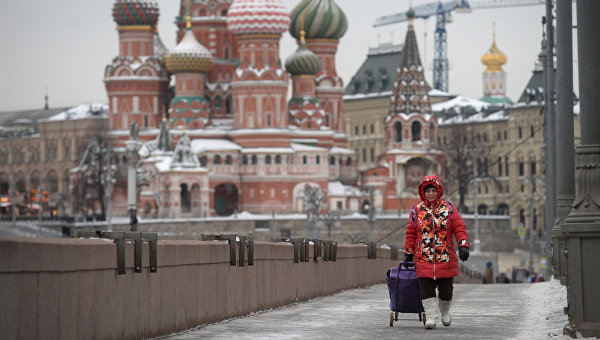 MOSCOW, 29 Jan. An updated version of the anti-crisis plan in Russia does not contain proposals to raise the retirement age, according to the newspaper “Vedomosti” with reference to the relevant document.

The Minister of economic development Alexei Ulyukayev on 25 January has sent Prime Minister Dmitry Medvedev, the draft anti-crisis plan of the government for 2016. The document should be finalized by February 5, the final mixing of the plan is vested in the first Deputy Prime Minister Igor Shuvalov.

On Wednesday, President Vladimir Putin held a meeting with Shuvalov, speaker and several other key members of the socio-economic bloc of macroeconomic balance and the measures to accelerate economic growth, reported press Secretary of the head of state, Dmitry Peskov.

As stated by the publication Federal official, on Thursday morning, the plan was submitted to the government, thus, according to the representative of the Ministry of economic development, discussion of updated versions continues.

According to the newspaper, a unit about social support begins with the proposal to limit pension payments for working pensioners taking into account their income, also it talks about the increasing demands for early retirement. It is noted that the plan disappeared paragraph about the preparation of proposals to raise the retirement age. Among other measures, it remains possible additional indexation of pensions, privatization, support of Vnesheconombank.

In addition, in the version sent to the government Tuesday, new block “prompt action to improve the health of the economy.” It consists of 36 points: support employment, industries, small business, high-tech exports and regions. For these activities proposed to spend more than 200 billion rubles from anti-recessionary Fund, has already been laid in the budget of 310 billion rubles in loans to the regions, and to provide for new expenditures. Almost all operational measures must be taken in March-June.

Earlier the Minister of economic development Alexei Ulyukayev said that the total funds budget for the implementation of anti-crisis plan will amount to about 750 billion rubles, some of them — including support to the regions already included in the budget for 2016.

With the adoption of the law on budget for 2016, the government decided to index pensions and social payments since January 1 by 4%, not the actual level of inflation, which, according to Rosstat, amounted, in 2015, 12.9 per cent. The social unit of the government insists on doindeksatsii of pensions and entitlements in the middle of this year to support solvency of the population in a challenging economic environment. Total transfers to the Pension Fund from the Federal budget in the current year exceed three trillion rubles.