SAINT PETERSBURG, January 29. Sanctions against Russia unprofitable for neither Russia nor Finland. This position was expressed by Prime Minister Dmitry Medvedev after talks with Prime Minister of Finland Juha Sipilã. 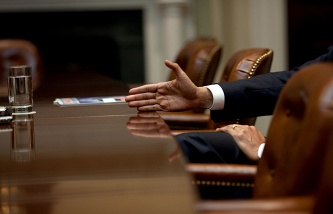 “I said to my colleague today: I don’t know who this (sanctions) is beneficial. Maybe there are countries, but certainly is not Russia and Finland”, – said the Russian Prime Minister.

Russia and Finland will renew work of the intergovernmental Commission on trade and economic cooperation, said Medvedev.

The sides exchanged views on the situation in Ukraine and Syria

“We discussed and complex international issues, ranging from the settlement of the situation in Syria, the migration to the European continent, the situation in Ukraine, and some other issues,” Medvedev said to journalists following the results of negotiations with Finnish counterpart.

“And, of course, this exchange was also useful,” he said.