SAINT PETERSBURG, January 29. Migration flows, which affected the EU threaten Russia; talk about what is deliberate acts of the Russian Federation – nonsense, said Prime Minister of Russia Dmitry Medvedev at a press conference following Russian-Finnish talks. He also noted that the current migration crisis was a result of short-sighted EU policy in this area.

“This kind of migration poses a risk not only for Finland but also for the Russian Federation. So the talk that it’s part of our foreign policy, or that is an organized story – well, it’s just nonsense,” – said Medvedev.

According to him, the EU must understand how migration policy will lead. “I want to draw attention, if we talk about migrants who came from the territory of the Russian Federation, and we can not prohibit their movement, because it is based on the European Convention on human rights and the Russian Constitution, such people are no more than a thousand. But for example with Sweden on the territory of your country came 30 thousand of such people. So what causes this problem we have to look elsewhere,” said Medvedev.

He said that the premiere of the Russian Federation and Finland have agreed to continue contacts on this issue.

Speaking about the problem of refugees in Europe, Medvedev said that it was the result of short-sighted migration policy of the EU, and the hostage situation was Finland.

“What is happening is the result is not the policy of Russia, and a number of circumstances. Including short-sighted migration policy of the European Union. The prisoner was and Finland”,- said Medvedev at a press conference after talks with the Prime Minister of this country.

According to Medvedev, the root cause of the migration crisis was destabilizacia the situation in Syria, Libya and several other States. He noted that Russia and Finland good cooperation on the border, contacts between the relevant services will continue. 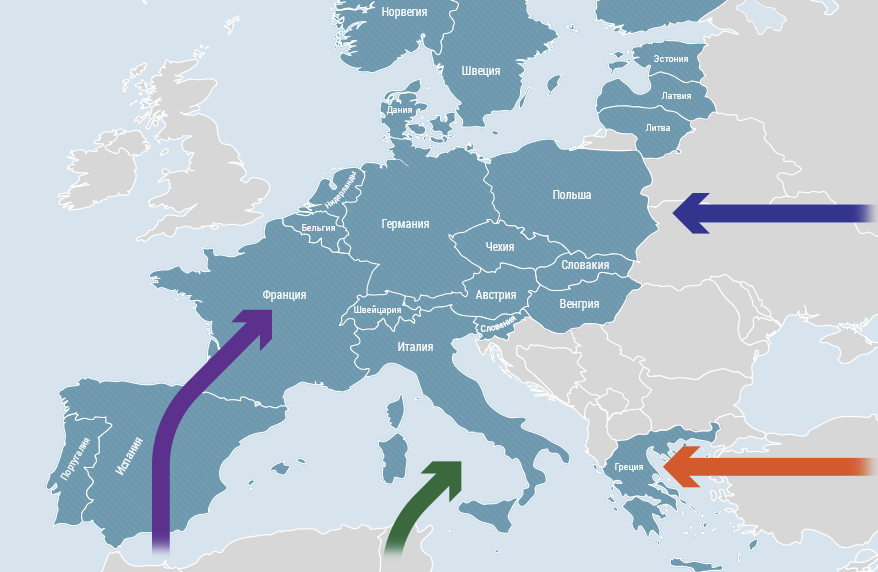