MOSCOW, January 29. FSB has no relation to the dissemination of information that established the identity of the culprit in the attack on the Russian A321 airliner over the Sinai Peninsula, and that the six suspects declared wanted.

Reported about it, answering questions of journalists at a press conference in the foreign Ministry, first Deputy head of the National antiterrorism Committee (NAC) Yevgeny Ilyin. 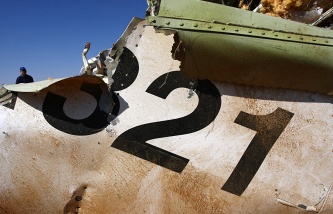 “To date, the FSB relation to the dissemination of this information is not” – said Ilyin. “It’s one of those situations where the information in the media, is not supported by the structures that organize the fight against terrorism,” he said.

The A321 aircraft to the Russian airline “Kogalymavia”, flying from Sharm El Sheikh to St Petersburg, crashed over the Sinai Peninsula 31 October 2015, after about half an hour after departure.

Bortnikov: established the approximate identity of the entities involved in the collapse of the A321

Relatives of victims of the crash of an A321 airliner over Sinai are preparing a lawsuit in the U.S. by the owner

The plane was 217 passengers and seven crew members, none of them survived. Most of the dead were Russians.

Also on Board were four citizens of Ukraine and one citizen of Belarus.

In mid-November, the head of FSB Alexander Bortnikov reported to the President of the Russian Federation that the cause of the crash was a terrorist attack, carried out using an improvised explosive device.