MOSCOW, January 29. The President of Russia Vladimir Putin has not yet decided whether he’ll run for a new term in elections in 2018, talking about it can go to the beginning of the election campaign. This was stated to journalists the press Secretary of the head of state, Dmitry Peskov.

The decision about running in 2018 presidential elections to take early anyone. We must work hard in the interests of the citizens of the Russian Federation, and the results and the mood in society will be to make a choice, whom to go on elections in 2018

“For two years to talk about elections we are not very accepted, not even knowing whether Putin’s decision to run or not – anyway, just in case such a priori defamatory campaign has started,” he said, answering a question and commenting on the made in Washington, the accusations against the Russian leader. “But it certainly does not mean that any decisions taken by the President (on elections in 2018),” – said Peskov.

“You understood correctly”, – he said in answer to a clarifying question, does that mean that Putin has not yet decided on his nomination in 2018. “While there is no need to make a decision, because too far before the elections”, – said the representative of the Kremlin. According to him, the decision can be made “when the election campaign begins”. “This is actually (now) is not the subject,” concluded Sands.

Sergei Ivanov: there is no point in moving the presidential elections of 2018 to an earlier date

On the eve of the White house press Secretary Josh Ernest said that the words of the Deputy head of the U.S. Treasury Adam Shubin in the TV movie British Corporation bi-Bi-si about the alleged illicit enrichment of the Russian leader in accordance with the position of the Obama administration. 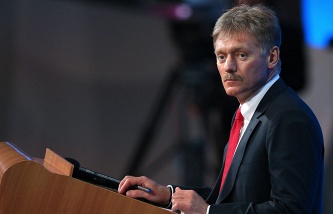 Sands: statement by the press Secretary the White house about Putin unacceptable

Putin was elected to a first presidential term in 2000 and reelected in 2004. After two consecutive terms of presidential powers Putin in 2008 – 2012 he held the post of Prime Minister of the Russian Federation during the presidency of Dmitry Medvedev. In 2012, Putin was re-elected head of state and has the right to run again for elections in 2018.

4 December 2016 in Russia will be held elections of deputies of the state Duma. The Duma elections of 2016 will be held according to the mixed scheme, which existed until 2003. In accordance with the law adopted in the spring of 2014, the threshold is lowered to 5%, and half of 450 deputies will be re-elected in single-mandate constituencies. In single-member constituencies candidates can be representatives of political parties and independent candidates. Preparations for the Duma elections will begin in the second half of 2015.

In 2018 in Russia will have presidential elections.