MOSCOW, January 29. Russian weapons supplied to Fiji at the official request of the country and will contribute to the effective execution of the peacekeeping mission on the Golan heights. This was stated by the official representative of the Russian foreign Ministry Maria Zakharova, commenting on media reports that the delivery was allegedly a secret.

“With a message about the discovery of a new “Russian trace”, now in the South Pacific ocean, conspiracy theorists once again missed, she said. – Shipment of Russian small arms and ammunition shipped to Fiji at the official request of the country and are designed to equip Fijian infantry battalion, part of the UN Force monitoring disconnection (UNDOF) and stationed in the Golan heights”. 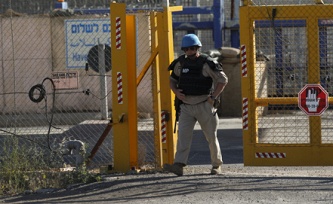 UN: Russia has the right to provide equipment aimed at the Golan heights peacekeepers from Fiji

The official representative of the Russian foreign Ministry pointed out that in February there will be a solemn ceremony of handing over weapons to the armed forces of Fiji.

“There is no doubt that Russian assistance to Suva (capital of Fiji – approx. ed.) will enhance the effective implementation of the peacekeeping mission on the Golan heights,” she added.

Zakharov also noted that Russia would continue to strengthen multifaceted practical cooperation, including in military-technical field, with Fiji and other South Pacific. “Such cooperation is not aimed at interference in their internal Affairs and not directed against third countries”, – said official representative of Russian foreign Ministry.

Previously the British newspaper the Guardian reported about alleged secret deliveries of Russian weapons in Fiji. In the material of the publication with reference to experts in the field of security, it was suggested that Russian-supplied weapons could be used to fight for influence in the Asia-Pacific region. Also the piece presented the opinion of the representative of one of the opposition parties in Fiji, which suggested that the transferred cargo can include means to disperse demonstrations.