This was reported by Advisor to the Chairman of National antiterrorist Committee Andrey Przhezdomsky. 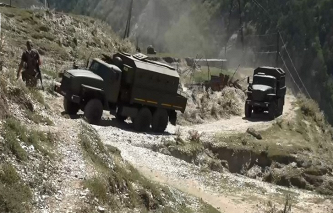 “Some time ago, Syria was abandoned a group of hardened fighters in the amount of four people, whose task was to commit a terrorist attack in one of the cities”, – he told at a press conference. According to the representative of NAC, it was provided legal entry into Rossiyu. The militants had rented the house and purchased components for the manufacture of explosive devices.

“Operational control over them was established from the very beginning, they were arrested and are awaiting trial,” said przhezdomski.

In addition, he added, recently there was an attempt of getting to group of 10 people who have had their own legend that they were engaged in business in Turkey, and then he drove cars from Poland. “In collaboration with colleagues from some of the States we traced the arrival of the first group and stopped its activities,” he said.

The representative of the NAC also said that on January 27, SU RF IC in Karachay-Cherkessia opened a coal case against nine members of the group, which pledged allegiance to ISIS and get the job to commit a terrorist attack. “Three bandits were neutralized, the six have been arrested,” he said.

Pristanski stressed that the IG operates a whole special division for terrorist attacks in Russia and Europe. “It is the advantage of the natives of the North Caucasus, as teachers act and the former officers of the Iraqi army,” he said.

According to the representative of NAC, the Russian security services, this information is known and they are working on proactive. “But this confrontation does not become public”, – he said. 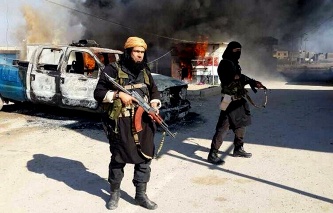 Pristanski also noted that recruitment to the ranks of the Islamic state intensified. “We are witnessing the intensification of work in recruiting the ranks of terrorists under the flag IG, which is reflected in the recruitment of mercenaries”, – said the Advisor. He noted that the peak of the departure to Syria has been passed yet in 2013, but “the problem remains”. According to NAC, “bandits lurking in the forests and mountains of the North Caucasus, began to take the oath of allegiance to ISIS from June 2015”.

The security services of Russia prevented the departure of more than 100 Russians in Iraq and Syria to swell the ranks of the IG, said the representative of the NAC, adding, were prosecuted 832 returnees from abroad militants, including 22 recruiter.

“In the world wide web recruiters visit forums, blogs, studying the personality, reveal the complex and narrow places of the psyche, for example, is to get rid of parental dictate, to raise the authority among others”, – said przhezdomski. As a rule, under the influence reach young people with unstable mentality. While IT professionals are working on IG, go to lengths – using secure channels, encryption, mobile Internet with unregistered SIM cards, create new profiles and accounts.

The decrease in terrorist activity 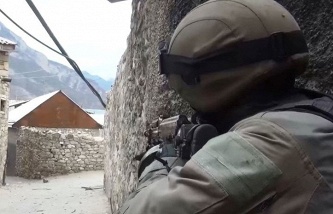 FSB: in the North Caucasus of the 26 leaders of bandit groups who have sworn IG, neutralized 20

“In 2015, not admitted on the territory of Russia attacks, and the number of terrorist crimes that threaten the life and health of citizens has decreased in 2,5 times”, – said the representative of the NAC, Recalling that during counter-terrorist operations in Russia in the past year were neutralized more than 150 militants, including about 40 of bundleware.

In turn, first Deputy head of the National antiterrorism Committee (NAC) Yevgeniy Ilyin reported that more than 300 former accomplices of terrorists managed to persuade him to surrender over the last five years. “Over the past five years managed to persuade him to surrender more than 300 people. They laid down their arms and gave themselves into the hands of justice,” – said the representative of the NAC.