VLADIVOSTOK, January 29. /Corr. Natalia Nikulina/. Ministry submitted to the government a draft resolution on facilitation of visa regime within the framework of the Free port of Vladivostok, he can earn from 1 July, according to the Ministry.

“Our goal is to launch simplified visa regime of entry from 1 July 2016 at the first two checkpoints: at the International airport of Vladivostok Marine passenger terminal of Vladivostok” – quoted in the message words of the Minister for Far East development Alexander Galushka.

It is noted that, in accordance with the draft decree of the government, the visa will be issued in the form of electronic document. For this purpose, a foreign citizen not less than three days before the intended check-in date will need to apply on the website. 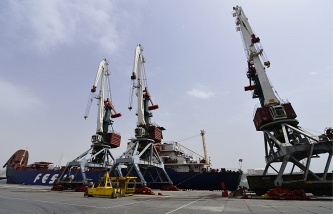 After checking the form we foreigners will get a notification about granting entry visas. If a positive decision will have electronically send the confirmation of payment of consular fee. When crossing the border, foreigners will need to present a passport or another identity document, a valid insurance policy and a printed notice of the issuance of a visa. For eight days the alien is not limited in the movements on the territory of Russia. To leave he can either through the checkpoints of the Free port in either direction, or through other checkpoints across the state border – but only in the direction of the country from which he came.

“Simplified visa regime for foreign citizens will act at all checkpoints located on the territory of Free port of Vladivostok. The commitment by an edge of the item to operate in the mode of the simplified visa entry associated associated with the modernization of systems of IT infrastructure. The implementation of appropriate measures will be ensured within the framework of interagency coordination on the basis of infrastructure of “World”, as well as during the reconstruction and additional equipment of checkpoints across the state border”, – stated in the message.

Now there is a simplified procedure of entry in the region, in particular, passengers of cruise ships arrive at the port of Vladivostok can stay on the territory of the Russian Federation without a visa for up to 72 hours. Also for travel in Primorye now not require a visa for organized groups of tourists from China and foreign cardholders for business and office trips to the countries of APEC.

The regime of free port in Vladivostok

The regime of the Free port of Vladivostok was introduced on 12 October on the territory of 15 municipalities of Primorye: Vladivostok, Artem, Bolshoy Kamen, Nakhodka and Partizansk, Ussuriisk, Spassk-distant, Nadezhdinsky, Shkotovsky, Oktyabrsky, Partizansky, Border, Khasan, Khankaisky and Olginsky districts, including their marine waters. The total area of the territory, which covers economic area is 28.4 thousand square kilometers. Home to 1.4 million people (75% of the population). Free port – this is the area where the mechanism for duty-free import and export of goods.