Russia and Finland discussed the current state of the project on construction of the plant and also touched upon the planned pipeline, said Prime Minister of Finland Juha Sipilã. 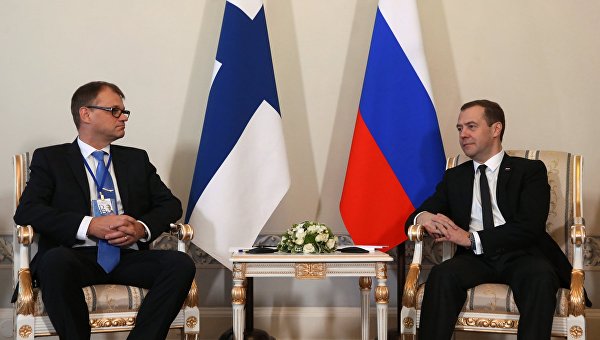 St. PETERSBURG, 29 Dec. Russia and Finland discussed a number of projects, including the construction of a nuclear power plant and the gas pipeline “Nord stream-2”, in Helsinki, treat it with pragmatism, said Prime Minister of Finland Juha Sipilã.

“We discussed a number of projects, one of them is the construction of a nuclear power plant “Hanhikivi-1″. We discussed the current state of the project on construction of the plant and also touched upon the planned pipeline. Finland comes from the fact that the European Commission will give a legal assessment of this project,” said Sipilã after talks with Russian Prime Minister Dmitry Medvedev.

“For Finland, it is a commercial project and we treat it pragmatically,” he added, commenting on the construction project “South stream-2”.

The project “Northern stream-2” involves the construction of two pipelines with a total capacity of 55 billion cubic meters of gas per year from the coast of the Russian Federation through the Baltic sea to Germany. Gazprom will own 50%, BASF, E. ON, Engie, OMV, Shell — 10% in the project. The new pipeline is planned to be built close to the “Nord stream-1”