PETROZAVODSK, January 29. /Corr. Igor Lukyanov/. In Karelia, deputies of the Council of the suojärvi urban settlement refused on Friday to revoke the mandate convicted of separatism Deputy Vladimir Samarkina. About this informed the Chairman of city Council Sergey Potekhin. 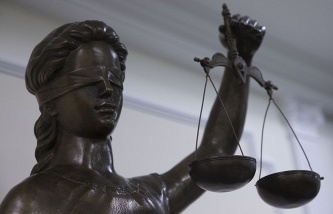 In Karelia, the court found extremist video of the speech of the Deputy, who is accused of separatism

“The issue of early termination of powers of Deputy Vladimir Samarkina was discussed at the session. Voted for six members, five abstained, the rest were against. The decision wasn’t made”, – he said.

Potekhin said that the Council consists of 15 members. For revocation of authority Saverkina had to score 2/3 or 10 votes.

Earlier it was reported that the suojärvi district Prosecutor’s office sent to the Board representation and demanded to consider the issue of deprivation of parliamentary powers Saverkina, the sentence in respect of which entered into force in December 2015. According to the Federal law “On General principles of organization of local self-government in the Russian Federation”, municipal Deputy may not be a person with outstanding conviction. In addition, the same rule is set by local Statute.

“The Prosecutor’s office may appeal against the decision of deputies in court,” Potekhin said.

A criminal case against the MP was filed after his speech on 20 may last year at a rally for resignation of the head of Karelia. As established linguistic expertise in speech Saverkina there was “the statement of incentive character, calling for the removing of the Republic of Karelia from the Russian Federation, expressed in acategorical the proposal form”. In carrying out psihologo – linguistic examination of the phrase of the Deputy by the court of protection refused.

Record with a performance Saverkina was published on YouTube. The Petrozavodsk city court on 6 November recognized the video extremist and restricted access to it.