MOSCOW, January 29. Deputy Director of the FSB of Russia Valery Domnin reported to the UN on cooperation in combating illicit in the Russian Federation as a terrorist organization “Islamic state” (IG). 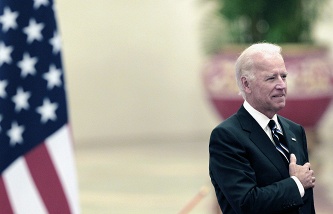 Media: Turkish artillery struck back on the positions of the IG in Syria

The Russian foreign Ministry: investigating the use of chemical weapons in Syria must be impartial

Reuters: the militants have claimed responsibility for the explosion near the residence of Yemeni President

“On January 28 at the headquarters of the UN Security Council in new York Deputy head of Service – head of international cooperation Service of the operative information and international relations of FSB of Russia the General-the major Valery Domnin as head of the working group meeting of heads of special services, security agencies and law enforcement bodies of foreign States – partners of FSB of Russia has addressed to members of the counter-terrorism Committee (CTC) of the UN Security Council with an annual briefing on the activities of the forum” – said the public relations Center of the FSB.

The members of the CTC were informed about the results of XIV Meeting that was held in July 2015 in Yaroslavl, and intersession projects.

“The representative of FSB has underlined the forum’s contribution to consolidation of efforts of intelligence agencies in the world in the fight against terrorism international, “Islamic state”, – said the FSB.

Special attention in his speech was paid to the joint opposition of the main human resource of Islamic state – foreign fighters-terrorists. “This issue will be Central in the agenda of the XV anniversary Meeting, which will take place in July 2016 in St. Petersburg,” said the FSB.