At the meeting of Russian and Finnish Prime Ministers discussed international issues, exchange of views was useful, said following the meeting, Dmitry Medvedev. 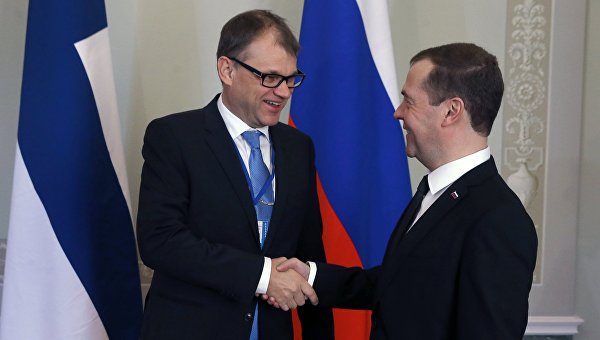 St. PETERSBURG, 29 Dec –. Prime Minister Dmitry Medvedev said at a meeting with Finnish counterpart Juha Sipilã discussed international issues, including the situation in Syria, the issue of migration in Europe and the situation in Ukraine.

“We discussed the complex international issues the situation in Syria, the migration to the European continent, the situation in Ukraine, with some other themes. Naturally, this exchange was also useful,” Medvedev said after talks.

“The conversation was good, we reaffirmed our mutual desire to develop bilateral relations between the two countries. Finland is our closest neighbor, partner, and this determines the nature of our relations”, — said the Prime Minister.

He added that it is important that the dialogue between the two countries “was not only productive, but also regular”. “This is, in fact, it is important for our relations to flourish,” said Medvedev.