Germany will not agree to the “Nord stream -2”, if there is no guarantee of security of gas supply in Eastern Europe, said the Vice-Chancellor and economy Minister Sigmar Gabriel. 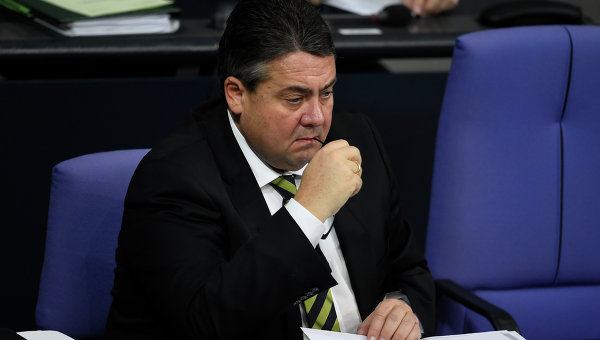 MOSCOW, 29 Jan. Vice-Chancellor and economy Minister Sigmar Gabriel has called the conditions under which, in his opinion, will be possible the implementation of the project “Northern stream-2”, Reuters reports.

According to Gabriel, the project will be implemented only in case of transnational trunk export gas pipeline “Yamal-Europe”, which delivers Russian gas to Germany and Poland, and the transit pipeline to Europe through Ukraine will remain in service after 2019.

The Vice-Chancellor added that Germany will not agree to the “Nord stream -2”, if there is no guarantee of security of gas supply in Eastern Europe.

Gabriel said that Germany and Poland, which had previously criticized the project, different evaluations of Russia’s role in the “Nord stream-2”.

Federal Antimonopoly authority of Germany (by the Bundeskartellamt) in December 2015, has approved the establishment of a joint venture “Northern stream-2”, the decision was made on December 18. Before that, Lithuania, Latvia, Estonia, Poland, Hungary, Romania and Slovakia have sent to Brussels a joint letter criticizing the construction of the “Nord stream-2”. According to these countries, the pipeline project may increase Europe’s dependence on gas from Russia, severely undermine the energy security of countries of Central Europe and the EU as a whole, lead to further destabilization of the situation in Ukraine.

Earlier, the head of Austrian oil and gas company OMV Rainer Seele said that “Nord stream-2” will be primarily a European project, which will collaborate Austria, Germany, France and the Netherlands. Chairman of the Board Wintershall Mario Mehren has described as absurd the discussion around the gas transport project, as attempts to divide Russian gas on the “bad” and “good”, which goes through Ukraine. He noted that the gas supply routes dictated by economic expediency and not intended for fiscal consolidation in third countries.