VLADIVOSTOK, January 30. State Duma speaker Sergei Naryshkin believes that the past two years, which was the chairmanship of Anne Brasseur of the parliamentary Assembly of the Council of Europe (PACE), is inscribed in a shameful page in the history of PACE.

“The past two years, I frankly say, written very shameful page in the history of the parliamentary Assembly and, unfortunately, the Council of Europe,” Naryshkin said in the program “Vesti on Saturday” with Sergei Brilev at TV-channel “Russia 1”.

In this regard, the Duma speaker pointed to the personal role of the ex-PACE President Anne Brasseur in the aggravation of relations between Russia and the Assembly in Strasbourg. “It seemed to me that the former leadership of the parliamentary Assembly, which has just changed, teacher, two years sat in the courtroom and not seen one of the largest delegations of the Russian delegation. She didn’t care,” he said.

Attempts to “bargain” with Russia

Sergei Naryshkin also spoke about the attempts of the parliamentary Assembly of the Council of Europe (PACE) behind-the-scenes of “bargain” with Russia on the issue of its powers and reaffirmed that the Russian delegation will return to Strasbourg only after returning all of her rights. 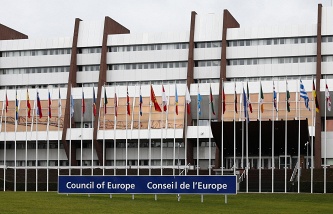 “I would like to reiterate that we will resume work at the parliamentary Assembly of the Council of Europe when the Russian delegation will be refunded without exception, all powers,” – said Naryshkin.

“There, you know, so here backstage trying to hint, to get the information we give, so to speak, and we’ll bargain, here, there, agree to any part of the powers returned. No!” – he stressed.

Naryshkin reiterated that Russia is totally unacceptable, even a partial limitation of her rights. “For the largest country of the European continent, the Russian Federation, is simply impossible”, – he said.

The new speaker of the Assembly and common sense

Naryshkin expects that the new speaker of the parliamentary Assembly of the Council of Europe (PACE) Pedro Agramunt will make common sense in the work of the Assembly.

“Elected new leadership (PACE), I am well aware of Mr Agramunt. He is such a very sensible and balanced policies,” said Naryshkin. “I very much hope that he may, so to speak, to invest and common sense in the work of the parliamentary Assembly,” he said.

Spanish politician Pedro Agramunt, on 25 January, was elected the new PACE President. He replaced Anne Brasseur, who headed the organization the past two years. The native of Valencia Agramunt since 2008 is a member of the Senate of Spain from the people’s party. At the PACE he plays an active role, acting as Rapporteur on a number of controversial topics.

18 January Sergey Naryshkin has informed on refusal of the Russian delegation to submit an application to participate in PACE session in January, which will be held from 25 to 29 January. In her address the Chairman of the state Duma and head of the Federation Council Valentina Matvienko at the head of the PACE, in particular, stated that the Parliament of the Russian Federation “at the moment it is not possible to refer to PACE for approval of the credentials of the Russian delegation to the January session of the Assembly in 2016”. The document noted that the Federal Assembly of the Russian Federation is ready to resume work in PACE in case of observance of the rights of national delegations.

In response to a letter from Brasseur made a statement, which noted that “under article 26 of the Statute of the Council of Europe and article 6 of the Regulations of the Assembly, the delegation of the Russian Federation will not be able to participate in the work of the Assembly throughout the 2016 or at least until the next parliamentary elections in Russia (after which will be formed the new composition of the delegation – ed.)”.