MOSCOW, January 30. A group of Russian experts is preparing a report on additional measures that should be taken to ensure the safety of Russian tourists in Egypt. This was stated by state Duma speaker Sergei Naryshkin in an interview to the program “PostScript” at the end of his visit to Egypt. 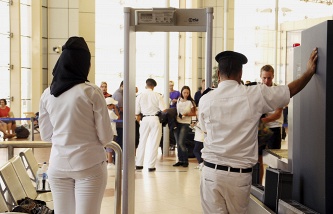 Golodets: the government will not comment on the resumption of flights to Egypt

“Recently returned to Russia a group of Russian experts, which a few weeks working in Egypt. They prepare proposals regarding additional measures that should be taken by the Egyptian side to resolve this problem,” – said Naryshkin.

The A321 aircraft to the Russian airline “Kogalymavia”, flying from Sharm El Sheikh to St Petersburg, crashed over the Sinai Peninsula 31 October 2015, after about half an hour after departure. The plane was 217 passengers and seven crew members, none survived. Most of the dead were Russians. On Board were also four Ukrainian citizens and one Belarusian.

In mid-November last year the head of FSB Alexander Bortnikov reported to President Vladimir Putin that the cause of the crash was a terrorist attack, carried out using an improvised explosive device with power up to 1 kg in a trotyl equivalent. After that Moscow has temporarily suspended air service to Egypt.