Earlier, the Ministry of transport of Russia reported about the threat of termination of road transport between Russia and Poland. As noted by the Ministry, Poland has refused to give Russia a concrete proposal for the exchange permissions for 2016 for trucking between the countries. 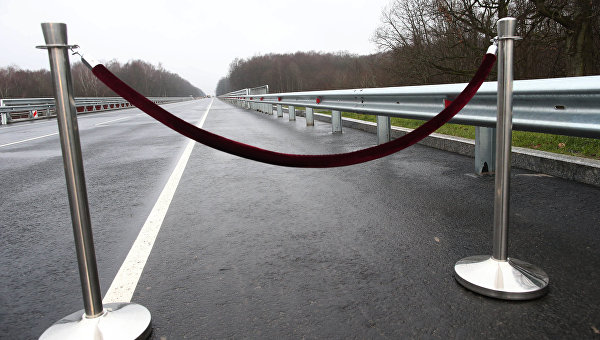 MOSCOW, 30 Jan. Russia and Poland will hold the next round of negotiations on determination of quotas for road transport 1 January, is spoken in the message of Ministry of transport of the Russian Federation.

“It is planned that the next round of talks will begin on 1 February in Warsaw. The Russian side, the negotiations in Warsaw in December 2015 and Svetlogorsk in January 2016, will be guided by the urgency of determining the quota of permits for transportation in 2016. The Russian side has proposed to extend the validity of permits 2015 to 15 February 2016 in order to ensure that the road had not been stopped”, — stated in the message.

“Unfortunately, the Polish side rejected the proposal of the Russian side, agreeing only to provide up to 15 February 2016 the opportunity to the carriers of both countries, have entered the territory of Poland and Russia until January 31, 2016, to return to the country of registration of the carrier on the same permissions, regardless of the type of performed transportation (transit, bilateral or territory or the territory of third countries). Thus, on the initiative of the Polish side, 1 February 2016 start services between the two countries, including transit, to be carried out will not be able”, — noted in Department.

Earlier, the Minister of foreign Affairs of Poland Witold Waszczykowski said Poland intends to continue the dialogue with Russia regarding road haulage. According to him, Poland “will defend interests of road carriers” and propose a new meeting with the Russian side.