The Minister of oil of Venezuela, according to the Financial Times, plans during the visit to discuss the situation in connection with the fall in oil prices and stabilization of the oil market. 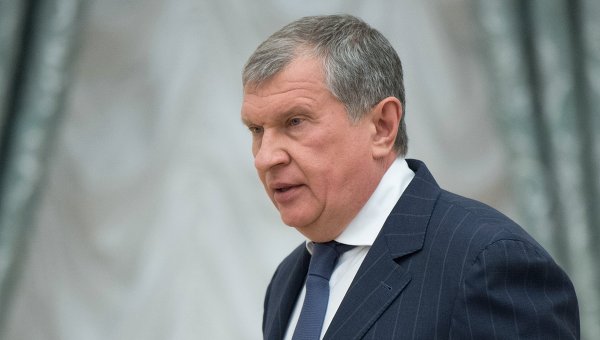 MOSCOW, 31 Jan. The Minister of oil of Venezuela, the head of the company PDVSA of Eulogio del Pino during his visit to Russia will meet with the head of “Rosneft” Igor Sechin, reports Financial Times.

According to the publication, the meeting is scheduled for Tuesday, February 2nd. On this day, Pino meets with representatives of the Russian oil industry.

Previously communicated that del Pino will visit Russia on February 1 and will hold a meeting with Russian energy Minister Alexander Novak.

“I will hold these meetings to discuss the proposals on the fall in oil prices and stabilization of the oil market”, — quotes the edition words of del Pino.

This trip will take place by order of the President of Venezuela, Nicolas Maduro, sent del Pino on a tour of OPEC member countries and non-members in this organization, in an attempt to gain support for joint action to halt the fall in oil prices.

On Wednesday he will hold talks with the Minister of energy of Qatar Mohammed al-Garden, where dal Pino promises to announce concrete proposals of Venezuela. “After that I will visit Iran, Iraq and Saudi Arabia, which are the key countries, and it is very important that we all come to a consensus,” said del Pino.

Maduro said earlier that proposes to harmonize the findings of measures of reinstatement of the oil market, if all stakeholders come to an agreement.

Oil analyst and Director of the energy Agency PetroleumWorld Elio EIA said earlier that the market should respond to the possible actions of Russia, controlling along with Saudi Arabia oil production totaling about 20 million barrels a day, in case of reaching any agreement with OPEC. At the same time, the expert stressed that even if such agreement from reducing production to wait too much change in the price of oil is not necessary – it can only affect the suspension of falling prices and maintaining them at a reasonable level at 30 to 40 dollars per barrel in the coming months.