TOKYO, January 31. /Corr. Alex Sarachev/. The largest Japanese carmaker Toyota Motor can from the 8th of February for a week to stop production at their plants in Japan. As reported by the Agency Kyodo, this is due to the shortage of steel in the blast at one of the supplier plants in Aichi Prefecture, which occurred in January.

It is noted that from 1 to 5 February Toyota has banned employees of the factories to work overtime. The final decision about the need for the suspension of production will be made in the next week. 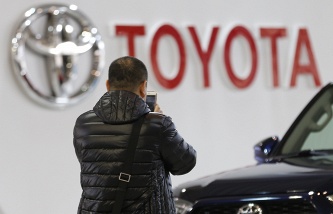 The explosion at the plant of the company Aichi Steel took place on 8 January. As a result of incident nobody has suffered, however one of the production lines was seriously damaged. Its repair will be completed only in March. Despite the increase of production in other lines, as well as additional supply from other steel factories, Toyota began to experience difficulties with the production of machines at the current level.

In Japan, Toyota owns 16 companies, producing cars and components. Daily in the country coming off the Assembly line 13-14 thousand cars of this brand.

By the end of 2015 Toyota again became the world leader by quantity of the sold cars. According to the company, over the past year, she managed to realize 10,15 million vehicles. In 2016, the auto giant plans to produce about 10.2 million cars worldwide, of which about 4 million in Japan.