MOSCOW, 1 February. A number of airlines are not planning to increase airfare for domestic destinations, told TASS the carriers.

“At the moment, fares on regional flights remain at the same level. The tariff increase will be only in the case of growth of production costs”, – told the correspondent of TASS in the press-service of airline “Rusline”airlines. 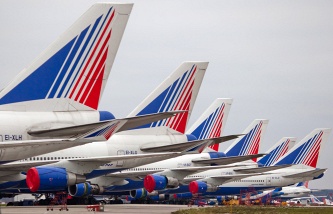 According to the representative of the company, the carrier has no plans to cut regional routes. “On the contrary, on February 1, we will be opening a total of 8 new scheduled destinations from Tyumen to Gorno-Altaisk, Kazan, Krasnoyarsk, Novosibirsk, Perm, Rostov-on-don, Samara and Ufa”, – said the press service of “Rusline”.

Not planning to raise tariffs on domestic routes and the airline “Ural airlines”.

“The airline has no plans to increase fares, all tariffs are set at market conditions and at the same time to improve their it is impossible, – said the press service of “Ural airlines”. – It is worth noting that some of the tariffs, in particular, to the countries of far abroad and CIS nominated in a foreign currency and their costs in rubles may change due to the increase in the exchange rate”. The press service added that at present the specialists of the airline’s summer schedule form.

“Of course, the airline company monitors changes in the market, demand for one direction or another and are ready to make changes to your schedule. So last season “Ural airlines” has significantly increased the number of flights and the geography of flights to Crimea and Sochi. In addition, much will depend on orders from tour operators”, – said the Agency interlocutor.

The airline “Aeroflot” also has no plans to raise tariffs for flights inside Russia. “UTair” has not responded to the inquiry about the tariff policy in 2016.